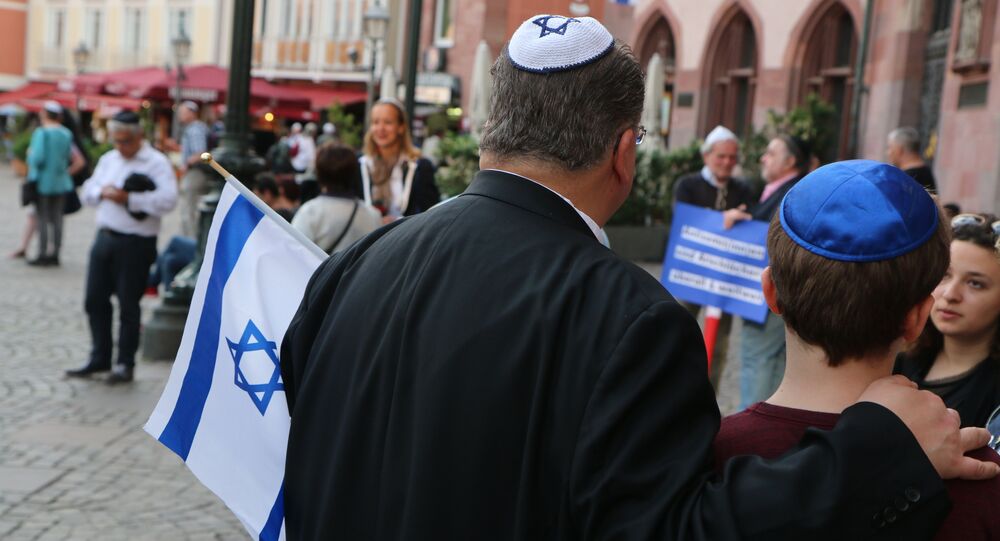 Late last week, police detained a group of young adults who attacked a Jewish-Syrian man in a Berlin park after they saw a Star of David on his neck.

In an open letter on Wednesday, the heads of about 40 Jewish organizations based in Germany urged Berlin to clamp down on anti-Semitism, citing a spate of anti-Jewish attacks in the country, according to Haaretz.

In the letter, the authors insisted that anti-Semitism should be recognized as "an attack on the inviolability of human dignity and on the foundations of the entire liberal democratic community."

According to them, this recognition is in line with the International Alliance for Holocaust Remembrance’s definition of anti-Semitism, which they warned "cannot be successfully fought as a mere subcategory of racism."

"Anti-Semitism, racism and Islamophobia cannot be equated," the letter underlined.

Additionally, the authors stressed the necessity of all non-government organizations, including Muslim ones, to only receive funds "if they have publicly distanced themselves from all forms of anti-Semitism."

The letter's publication came several days after seven men and three women, aged between 15 and 25, including six Syrians and three German nationals, were detained after beating up a passer-by in a Berlin park.

Police said that the assailants were subsequently released, but investigators dealing with politically motivated crimes have taken over the case.

© REUTERS / Axel Schmidt/Pool
German Music Award Abolished Over Anti-Semitism Dispute - Reports
In another development last week, a 19-year-old Syrian migrant was found guilty of an April attack against an Israeli man who was wearing a Jewish kippah skullcap on a street in Berlin.

Over the past two years, more than one million refugees, many of them Syrians, have flooded Germany, as Chancellor Angela Merkel opened the country's borders.