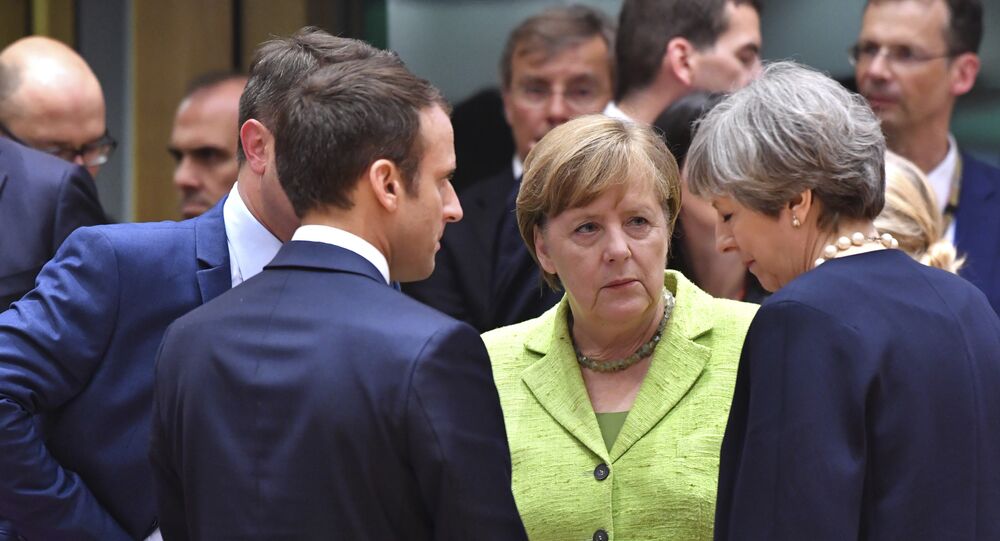 The Government of Theresa May has reportedly formulated a third possible customs arrangement with the European Union after previous proposals have fallen flat. Details of the plan have not been made public but it is understood by the British media that the plan would involve Britain exiting the European Customs Union and then forming a bilateral relationship with the bloc as a "third country."

Similar plans have been proposed by the leader of the Labour opposition Jeremy Corbyn, who has also called for Britain to fully leave all of the EU's economic bodies and then develop a new trading relationship with them from outside.

So @Jacob_Rees_Mogg says @theresa_may 'made a "personal contract" with the British people' re: leaving the Single Market and customs union. Well, I'm not British, so what can I say… but I'm sure there are many who have a view on that 'personal contract'… Over to you. https://t.co/1PhILGi3yF

.@VinceCable tells @GMB Theresa May should not have ruled out staying in the Single Market and Customs Union. Corbyn and May are also in basically the same position over Brexit. @LibDems campaigning for public to have final say on the terms of any Brexit deal.

Mrs. May committed the Conservative government to withdrawing fully from the EU's economic institutions, chief among them the Customs Union and the Single Market, as well as the European Court of Justice, as outlined in her 2017 Lancaster House speech.

While having faced opposition to her "Hard Brexit" commitments from within her own party, Theresa May has had to contend with pressure from the more numerous "Hard Brexiteers" of the Conservative Party, led by the likes of Jacob Rees-Mogg who has threatened a backbench revolt against the PM if the terms of her Lancaster House speech are not ultimately fulfilled.