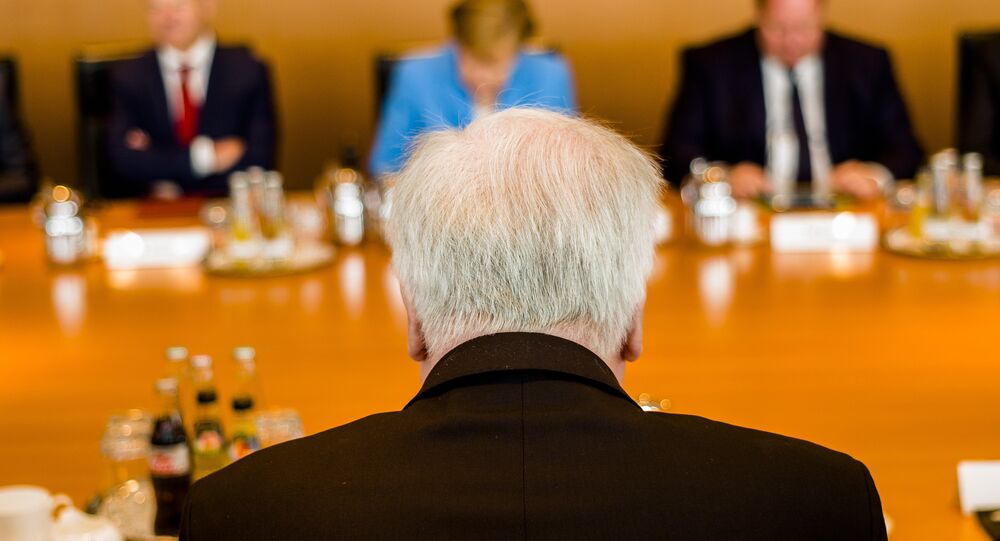 MOSCOW (Sputnik) - German Interior Minister Horst Seehofer is "taking Germany and Europe hostage" with his announcement of resignation and push for a hard-line migration policy, Sigmar Gabriel, a member of the Bundestag and former foreign minister, said Monday.

"Seehofer is making the German government incapable of acting. He is taking all of Germany and Europe hostage in this way. All of this is harming the democracy in our country in ways never seen before. The CSU is producing politics that is pure intrigue and power play," Gabriel said on his Twitter.

Earlier on Monday, Seehofer confirmed his plan to resign as the interior minister and as the leader of the Christian Social Union in Bavaria (CSU), part of the coalition government with the Social Democratic Party of Germany (SPF) and Merkel's Christian Democratic Union (CDU). However, he did not offer to resign immediately. The minister also announced that he would hold one more talk with the CDU.

© AP Photo / Luca Bruno
'League of Leagues in Europe': Salvini Proposes Pan-EU Anti-Migrant Movement
German Chancellor Angela Merkel told the ZDF broadcaster on Sunday that the deal she had reached with other EU leaders on migration would have the same effect as the measures promoted by the CSU.

Seehofer suggested ahead of the European Council held last week that he might start ordering border checks. The interior minister also pushed for migrants to be turned back if they had already claimed asylum in some other EU state.