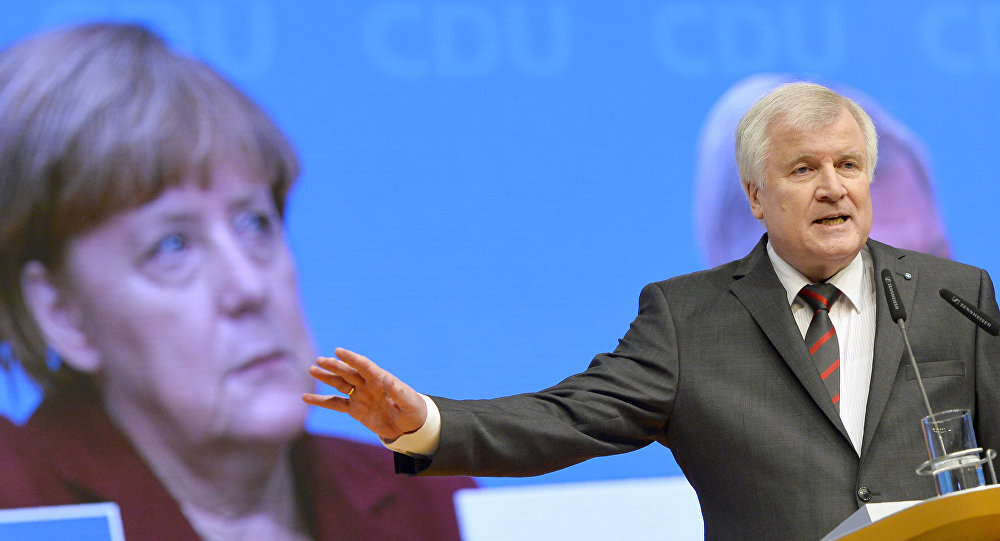 "I have said that I would resign from both jobs, that I would do it in the next three days. And that, nevertheless, we have made another step toward reaching a compromise with CDU. Everything else will be decided after a conversation with the CDU," Seehofer said at a press conference held early on Monday morning.

The interior minister added that his party would hold talks with the CDU later on Monday "in hopes of reaching mutual understanding."

Meanwhile, German Federal State of Bavaria's Head Markus Soeder said that Bavaria did not want to risk the stability of the country's government.

"There are many possible compromises, including some that we have offered, to reach a solution and this is very important. And we hope this is still possible. One thing is clear: the stability of the government is not a question for us," he noted.

On Sunday, local media reported that Seehofer had expressed intention to step down both as the interior minister and as the leader of the CSU, part of the coalition government with Social Democratic Party of Germany (SPF) and Merkel's Christian Democratic Union (CDU).

© AFP 2019 / ATTA KENARE
German Intel Claims Iran Trying to Illegally Acquire Tech for Missile Program
Seehofer earlier claimed that his tough stance on migration had full support of his party. However, the Sunday meeting of the CSU executive committee and the party's regional parliamentary group in Bundestag resulted in a contentious discussion, according to Passauer Neue Presse newspaper. Seehofer's plan to send back migrants and refugees already registered in other EU states was supported by a majority of 60 to 40.

EU leaders agreed on a new migration plan last week, which would include controlled centers for new arrivals set up in member states and relocation across the bloc on a voluntary basis. At the weekend, Merkel stressed in an interview with the ZDF broadcaster that she would like to continue working with the CSU, adding that the two parties agreed that the asylum seekers could not choose what country they wanted to go to.