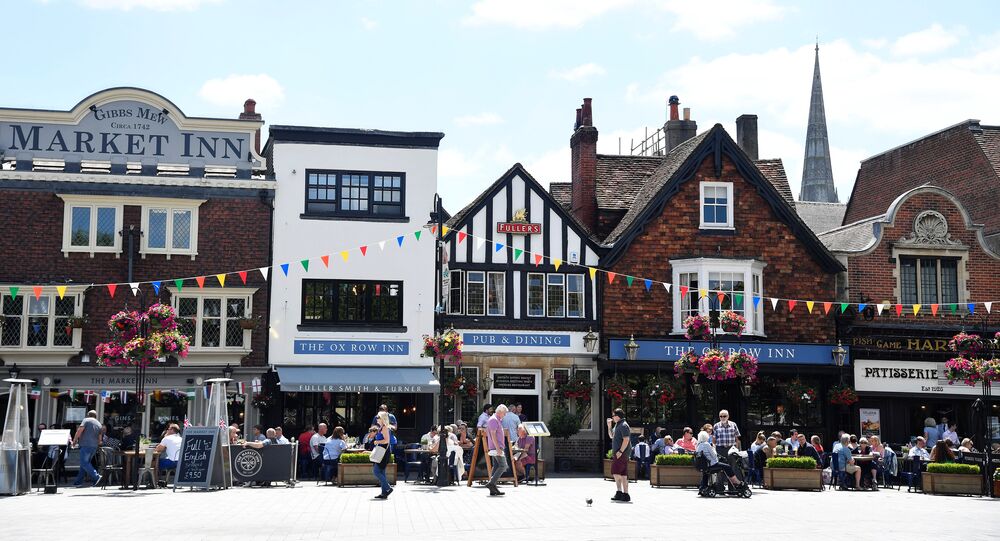 MOSCOW (Sputnik) - UK Prime Minister Theresa May is set to announce that the United Kingdom will hold Armed Forces Day 2019 in the city of Salisbury, where Russian ex-GRU agent Sergei Skripal and his daughter Yulia were poisoned in early March, according to the official press release published on Saturday.

May is attending this year's Armed Forces Day in Llandudno, north Wales, where she is expected to make a relevant announcement. According to the document, she is to say that the ceremony would pay a tribute to how the city dealt with the aftermath of this incident.

"I can think of no more suitable a place than Salisbury to show our gratitude next year… The military response to the nerve agent attack here has been remarkable… By holding Armed Forces Day here next year, we are also celebrating the tremendous resilience and great spirit of Salisbury and showing clearly it is open for business. It’s a great city, enriched by military history and a wonderful place to visit," May is due to say, according to the press release.

The prime minister is expected to hail in particular the work of the military and the Defence Science and Technology Library at Porton Down who dealt with the incident consequences.

Getting ready at Hawarden for a display in Llandudno as part of the celebrations for #ArmedForcesDay2018. A privilege to be a part of the National Event. Smoke on at midday pic.twitter.com/UruXZBbjuq

Skripal and his daughter Yulia were found unconscious in March on a bench at a shopping center in Salisbury. The United Kingdom and its allies have accused Moscow of having orchestrated the attack with what UK experts claim was the A234 nerve agent, albeit without presenting any proof. Russian authorities have strongly refuted the allegations as groundless. Both Skripals have been already discharged from the hospital.