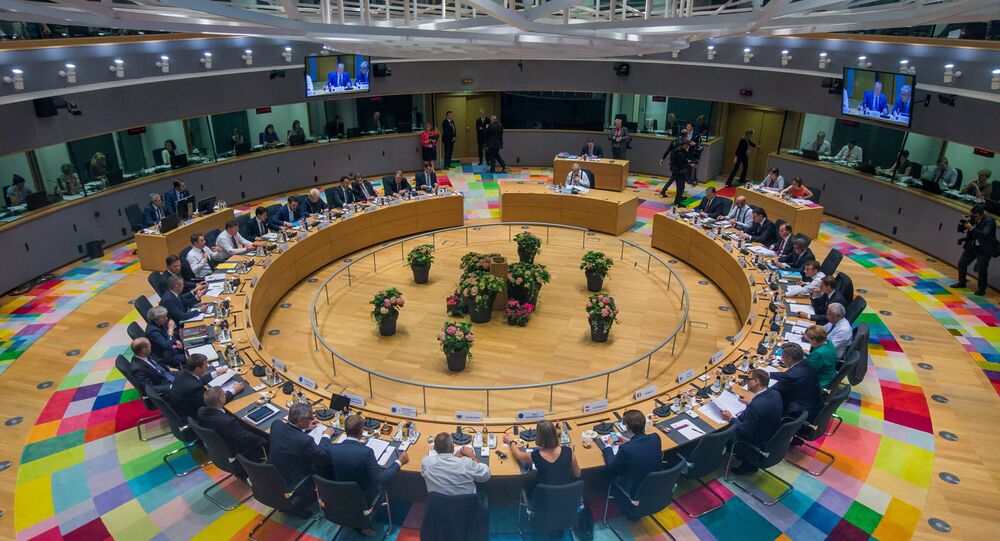 BRUSSELS (Sputnik) - Italy has temporarily blocked the adoption of the documents of the EU summit, insisting on the coordination of migration issues as a priority, a source in one of the national delegations told reporters on Thursday.

"Italy said that it does not plan to sign the conclusions of the summit [final EU summit statement] until there is an agreement on migration issues," the source said.

Following the report, the European Council confirmed that the summit failed to agree on the final statement due to opposition by one of the members.

"The European Council this afternoon had an exchange of views with EP President Tajani and NATO Secretary-General as well as discussions on security and defence, jobs, growth and competitiveness, innovation and digital and other issues such as enlargement, MH-17 and MFF," the spokesperson of the President of the European Council said in a statement.

Earlier this day, Italian Prime Minister Giuseppe Conte said that his country was likely to veto the decision of the European Council as Rome wanted concrete measures on migration.

Italy presented its plan, the European Multilevel Strategy for Migration, at an unofficial meeting held in Brussels this Sunday. The draft document called on the EU states to share the burden of accommodating refugees and migrants, instead of putting the onus on the countries through which new arrivals enter the territory of the European Union.

© AP Photo / Emilio Morenatti
Italy Wants Migrants to Be Resettled Across EU If Camps in Africa Impossible - Lega
Rome suggested boosting cooperation with countries of origin and transit of migrants and setting up centers there to process asylum demands and provide legal aid.

Italy, which serves as an entry point for thousands of migrants and refugees crossing the Mediterranean Sea, also proposed creating reception centers in several European countries at once.