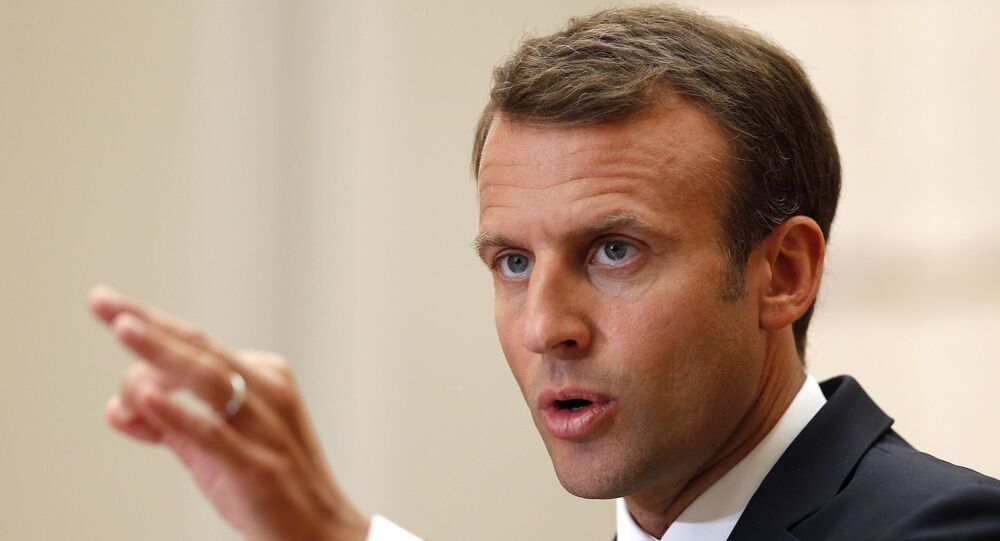 After entering office over a year ago, French President Emmanuel Macron’s approval ratings are on a downwards trajectory, with researchers attributing his drop in support to numerous policies and developments.

A poll conducted by the Institute of Opinion and Marketing Studies in France and Abroad (IFOP) yielded a 58 percent domestic disapproval rating of Macron – the highest level it’s ever been at since he was elected in May 2017.

The report, which was publicly released on Monday and used data gathered from June 15 to June 23, also found his approval rating to have fallen by one point for the second consecutive month, to 40 percent.

Macron’s approval rating worsened particularly amongst those aged 65 and over, falling by 8 percent in the space of a month, to just 38 percent.

Researchers said recent social embarrassments, such as his seemingly arrogant remarks to a student, which went viral, have not significantly cost him support, but have “reinforced the feeling the disconnection” between the president and France’s citizens.

His economic policies, which many, including a number of economists, consider to be favoring the rich at the expense of less wealthy members of society, and lavish renovations to one of his holiday homes, are other potential reason for Macron’s worsening approval ratings.

“(These issues) strengthen the sentiment of some sort of social contempt from the president. There’s a feeling that the head of state is out of touch,” IFOP’s Deputy Chief Frederic Dabi said.

© REUTERS / Philippe Wojazer
French President Macron Didn't Call Philippines Rodrigo Duterte a ‘Role Model’
Prior to entering a career in politics, Macron worked as an investment banker, and his recent decision to scrap France’s wealth tax has reignited claims of him serving his cronies’ interests.