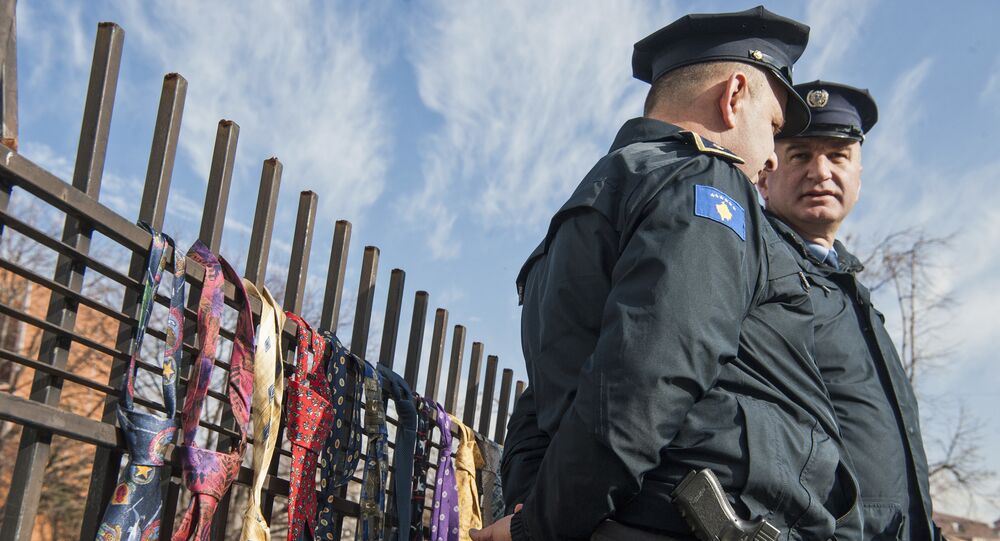 MOSCOW (Sputnik) - The European Council decided on Friday to refocus the mandate of the European Union Rule of Law Mission in self-proclaimed Republic of Kosovo (EULEX Kosovo) by bringing the judicial executive portion to an end, the council said in a statement.

"Kosovo will assume responsibility for all transferred investigations, prosecutions and trials. As of 14 June, the mission will concentrate on: monitoring selected cases and trials in Kosovo's criminal and civil justice institutions; monitoring, mentoring and advising the Kosovo correctional service; continuing its operational support for the implementation of EU-facilitated dialogue agreements for the normalisation of relations between Serbia and Kosovo," the statement said.

According to the statement, the revised mandate will run until June 14, 2020, and the mission's two-year budget will amount to 169.8 million euros ($200 million).

"The mission will retain certain limited executive responsibilities in the areas of witness protection and support for the specialist chambers and the specialist prosecutor’s office, as well as responsibility for ensuring the maintenance and promotion of security as second security responder," the EU Council said.

EULEX Kosovo was launched in 2008 with several operational objectives, including helping Kosovo’s rule of law institutions, facilitating a Belgrade-Pristina dialogue, and supporting the adjudication of constitutional and civil justice.

The mission's decision comes amid some progress in the negotiations between Belgrade and Pristina. Earlier in June, Deputy Prime Minister of the Republic of Kosovo Enver Hoxhaj said that the final stage of these talks would begin in June and end in either late 2018 or in the middle of next year by mutual recognition.

READ MORE: Kosovo Albanians Voting For Serbia With Their Passports

© AP Photo / Visar Kryeziu
Kosovo No Longer Needs EU Rule of Law Mission – Justice Minister
Brussels has officially demanded that a comprehensive agreement on the normalization of relations between Belgrade and Pristina be signed in order for Serbia and the self-proclaimed Republic of Kosovo to be integrated into Europe.

In 2008, Kosovo unilaterally proclaimed independence from Serbia, which has not been recognized by China, Greece, Iran, Israel, Russia, Serbia, Spain and a number of other states. The European Union persuaded Serbia to begin cooperating with Kosovo in 2011. This led to the signing of the Brussels Agreement on normalizing relations between Serbia and Kosovo in 2013, and the 2015 accord on forming the Community of Serb Municipalities, a self-governing association of the Serb-dominated regions of Kosovo.