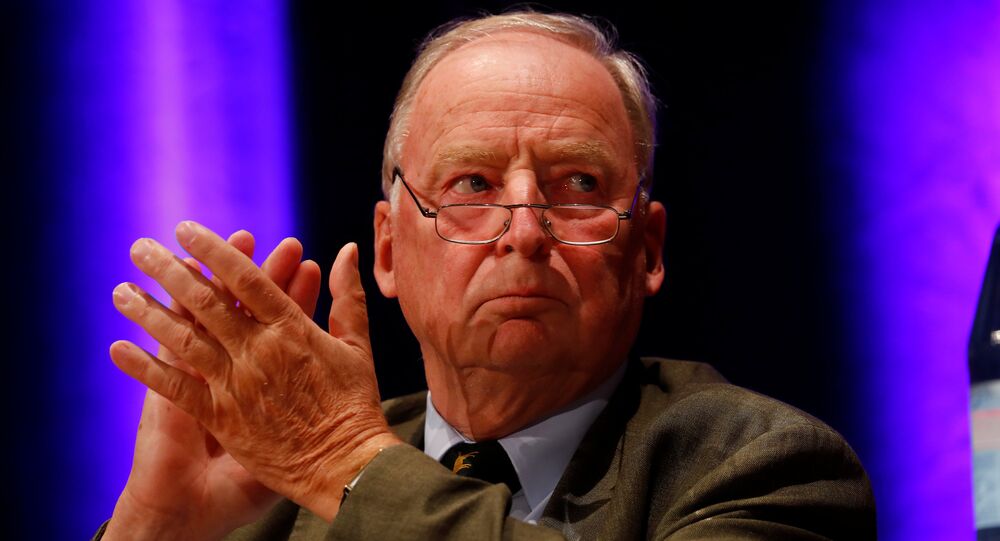 The incident occurred just a few days after Alexander Gauland called the rule of Hitler and the National-Socialist party a "piece of bird sh*t" on German history, sparking a storm of criticism among the country's residents.

Co-chairman of the right-wing Alternative for Germany party in the Bundestag Alexander Gauland had to walk to the police station in bathing shorts after an unknown person stole his clothes from the beach, German newspaper Markische Allgemeine reported.

"Someone stole my things while I was bathing. Other vacationers called the police without my intervention. The most important was the key," the politician said, adding that because of the theft, he had to change the whole locking system in his house.

A photo taken by an eyewitness of the incident shows the 77-year-old politician leaving the scene half-naked, accompanied by a police officer.

The incident occurred near Heiliger See in Potsdam, just a few days after Gauland called the rule of Hitler and the National-Socialist party a "piece of bird sh*t" on German history.

The comment was made during a speech in front of the youth wing of the party last week and sparked a storm of criticism in Germany, with Gauland being accused of belittling the Nazi crimes.

According to the politician, eyewitnesses told him that the thieves shouted "No bathing fun for Nazis!" before leaving the scene.

Police said that the crime could have been politically motivated.

AfD's popularity among Germans has increased over the last few years amid a migration crisis in Europe. It became the country's largest opposition party after winning its first seats in the Bundestag in the 2017 parliamentary elections.