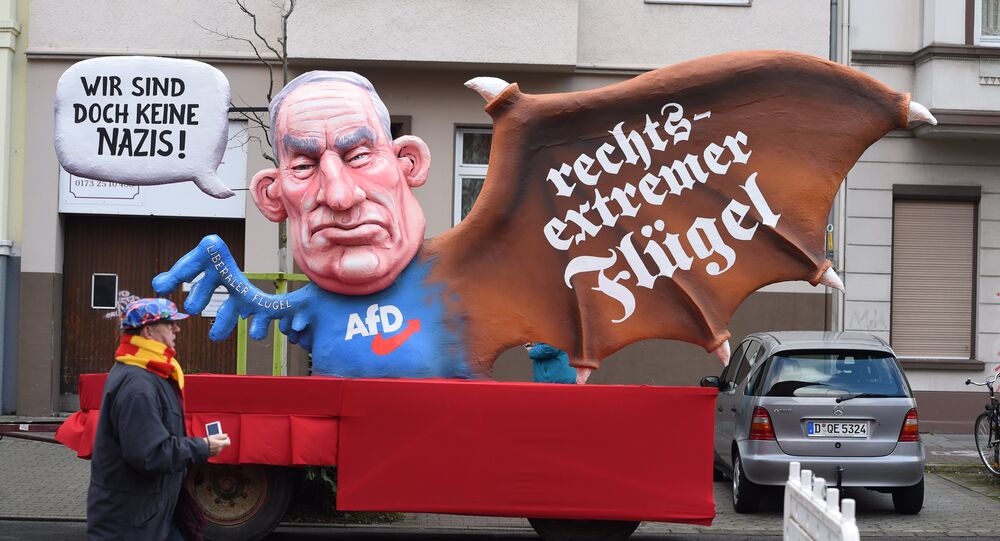 AfD’s leader Alexander Gauland has sown division among the members of the party as he described the rule of Adolf Hitler a “piece of bird sh*t” on German history.

Reacting to the controversial remark that has already caused quite a stir in Germany, the “Alternative Mitte” group, which claims to represent centrist element in the right-wing AfD, issued a statement blasting Gauland and apologizing to “all victims of the Nazi regime.”

"This should not happen to any politician with a minimum of sensitivity and responsibility for our history. How could anyone think it was a good idea to cause so much damage and thereby do harm to the AfD at what was for the party a small, insignificant event? Only Alexander Gauland can answer that question," the group wrote on its website.

The group was not alone in its condemnation: some party members even apologized on AfD’s behalf immediately after Gauland’s remark:

TWEET: "Germany's worst mass murderer Hitler is by no means just bird shit. As an AfD politician, I apologize to all of our fellow Jewish citizens, the victims of the Holocaust and their families for our chairman's unbelievable trivialization."

There were, however, those who defended the party’s leader, suggesting that he had misspoken.

“Alexander Gauland has once again been quoted out of context by journalists. Before the quote in question, Alexander Gauland spent four or five sentences explaining in detail how he as an AfD member and as AfD chairman accepted Germany’s historical responsibility for the Nazi era,” said the AfD's leader in the state of Thuringia, Björn Höcke.

Last January, Höcke also triggered a political avalanche after he called the central Holocaust Memorial in Berlin a “monument of shame” and called for a “180-degree reversal” to Germany’s policy of remembering the Jewish genocide. At the time, Gauland defended him despite calls to ban him from the AfD.

“Those hyper-moralists who are again raising a hue and cry… and who are part of the political establishment that allowed 2.5 million people to illegally cross our borders… have lost the right in my eyes to make any judgements about AfD politicians,” Höcke said, seizing the moment to accuse Angela Merkel’s government.

“It is shameful that we have to respond to such comments made by a member of the German Bundestag,” Merkel’s spokesman Steffen Seibert said.

Earlier, Gauland responded to widespread criticism by saying that his comment was quoted out of context, saying that “bird sh*t is for me the dirtiest thing, an animal’s secretion that I compared National Socialism to.”

"But I've spotted that many have perceived this term as an inappropriate trivialization. There is nothing I wanted less than to give such an impression, which can doubtlessly be proved by the rest of the speech. I regret the ultimate effect. It has never been my intention to trivialize or let alone mock the victims of this criminal system," the politician said.

This is not the first time that Gauland has been at the center of a controversy; in 2017, the politician landed in hot water after saying the German government’s commissioner for immigration, refugees and integration, Aydan Özoguz, should be “disposed of” in Turkey following her remark that German culture “aside from the language is simply not identifiable.”