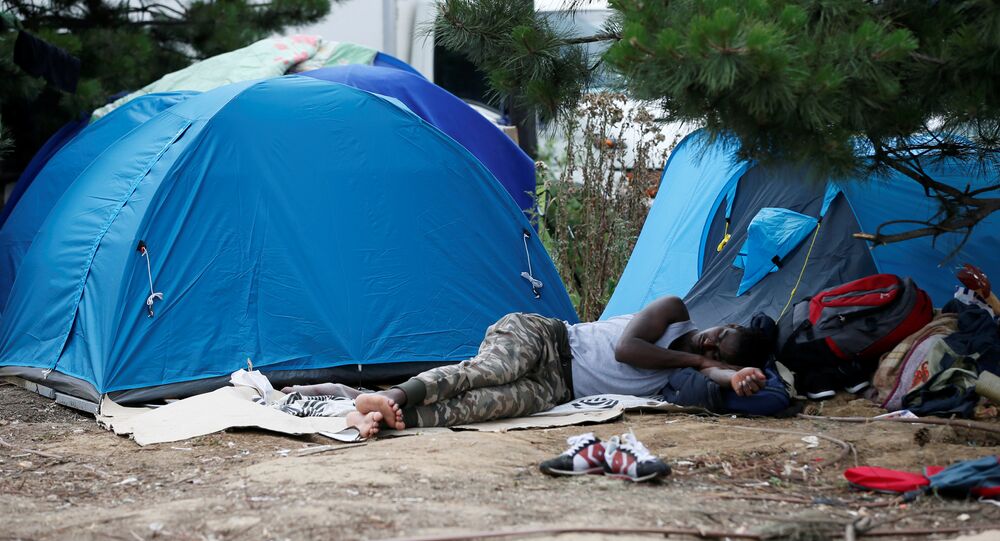 PARIS (Sputnik) - The French security forces proceeded on Wednesday with the evacuation of one of the largest migrant camps in Paris, which, according to media reports, accommodates about 1,700 people, the French Interior Ministry said in a statement.

The evacuated migrants will be temporarily accommodated in 20 migrant centers in Paris and Ile-de-France region and then sent to reception and examination centers, where their status should be determined.

Over the past several months, migrants have been setting up camps along the city's canals, a phenomenon which has raised public concerns over safety and public hygiene. Last Wednesday, French Interior Minister Gerard Collomb ordered the immediate evacuation of migrant camps in Paris and the Parisian Ile-de-France region.

​According to the French Interior Ministry, over 30 operations on the evacuation of migrant camps have been carried out in the French capital since 2015, during which over 28,000 people have been removed.

1 / 2
© Sputnik /
Evacuation of the largest migrant camp in Paris