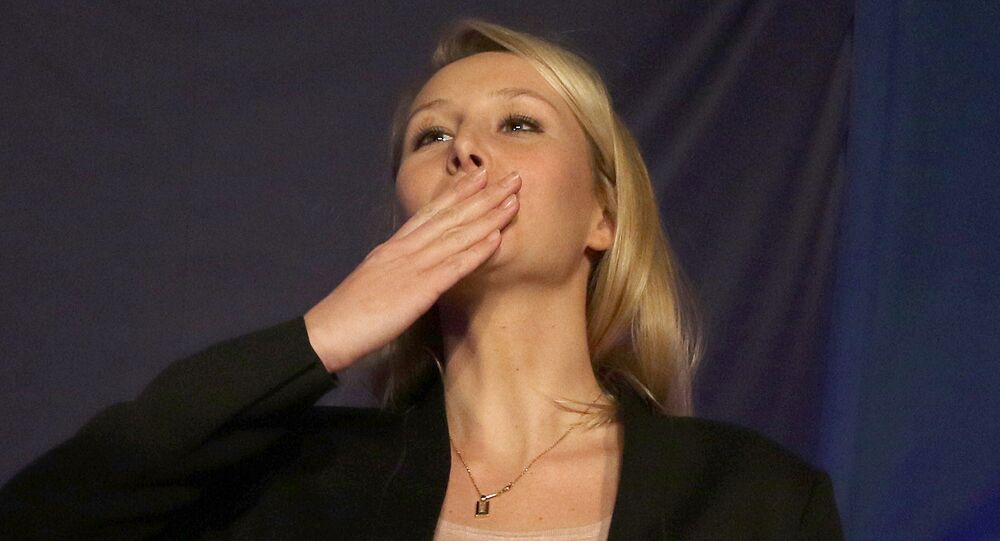 After the daughter of prominent French right-wing and anti-immigrant politician Jean-Marie Le Pen chose to distance herself from her father by using only her first name during her presidential campaign in 2017, another member of the political dynasty has decided to give up “Le Pen.”

The next generation of the Le Pen dynasty, having reigned over the right-wing flank of French politics with the National Front (Front Nationale, FN) party since 1972, namely Marion Marechal-Le Pen, has abandoned the family name, which has become a conservative brand. The granddaughter of FN founder Jean-Marie Le Pen has changed her name on her social media accounts, dropping “Le Pen” and claiming that she’s going to stick to Marechal.

The 28-year-old, who has been seen as a future conservative leader, carried this name before 2012 when she successfully competed for a seat in the French parliament and added her mother’s family name Le Pen.

In 2017, however, she announced that she wouldn’t seek re-election in order to spend more time with her daughter. The recent name change was intended to demonstrate a transition to civilian life, as she told Boulevard Voltaire website.

“I have never and will never feel ashamed of my name,” she stressed in an interview.

According to The Guardian, her grandfather commented on the move, saying, “Marion perhaps thinks that it is too much of weight to carry.”

Despite the proclaimed switch to civilian life, incidentally preceded with rumors about tensions with her aunt Marine Le Pen, who is the head of the FN Party now, Marechal has remained loyal to the right-wing agenda and politically active. She attended a conservative meeting in Washington, US, in March 2018 and is launching a conservative-oriented school in Southern France, Lyon, named the Institute of Social Science, Economics and Politics (Issep).

The academy is to “detect and train the leaders of tomorrow who will have the courage, intelligence, discernment and competence to act effectively … in the service of society,” as she wrote in the newspaper Valeurs Actuelles.

Meanwhile, the RTL reports that Marechal has got a higher approval rating in their recent poll than her aunt, letting only Emmanuel Macron and Édouard Philippe higher on the podium.

This raised suspicions about her further ambitions on Twitter.

​@MarionMarechal All my best wishes Marion! I chose another path, but you never know:)

Marine Le Pen, who was re-elected FN leader in March 2018, is busy reforming the National Front after a fiasco last year when the party could not get enough votes to enter the National Assembly (lower house of parliament). This followed her loss in the second round of the 2017 presidential elections to Emmanuel Macron. Campaigning for office then, she dropped “Le Pen,” distancing this way from her father Jean-Marie Le Pen after years of disagreement.

Jean-Marie Le Pen had created the National Front in 1972 and headed the party for 39 years. In 2011, he gave up his post, which was taken by his daughter Marine Le Pen. She has been trying to soften the FN image for years, as the party has attracted wide criticism over its harsh anti-immigration stance and faced accusations of racism and antisemitism.

As a result of subsequent disagreements that arose between father and daughter regarding the direction of the party, Jean-Marie Le Pen was expelled from its ranks in 2015. On top of that, the party decided to liquidate the post of honorary chairman, which was occupied by Jean Marie Le Pen during the recent party congress. She also suggested renaming the party Rassemblement National (National Rally) in a bid to attract new voters and leave behind the party’s past controversies.