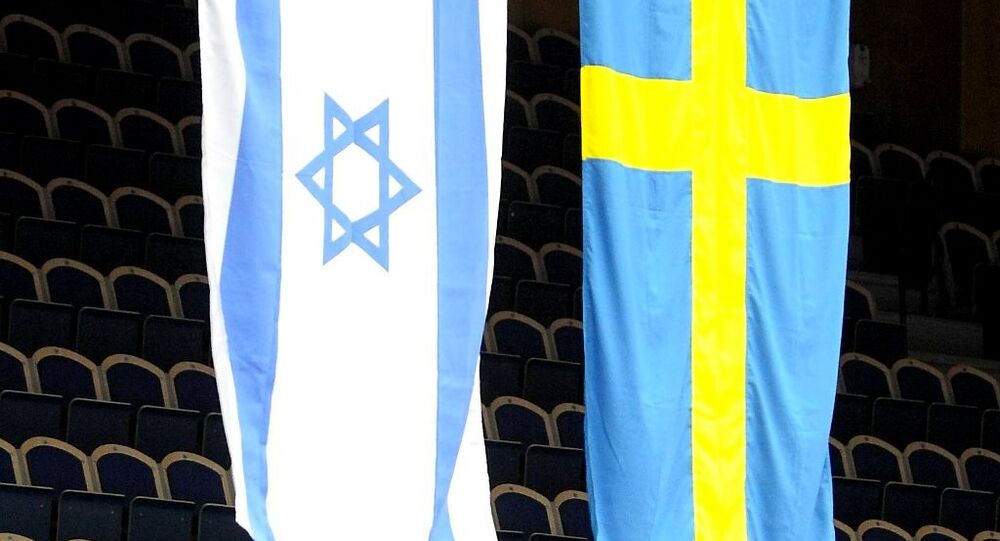 While Sweden became the first EU nation to recognize Palestine, causing a deep diplomatic rift with Israel, the right-wing Sweden Democrats have expressed their support full of US President Donald Trump moving the US Embassy to Jerusalem and calling on their government to do the same, despite the bloodshed that has engulfed the Gaza Strip.

While the opening of the US Embassy in Jerusalem on Monday sparked a "terrible massacre" in the Gaza Strip, as put by the Palestinian authorities, resulting in over 50 dead and over 2,700 injured, the Sweden Democrats have backed the move, calling on Sweden to follow suit.

The party considers it this step to be a "matter of course" because the city of Jerusalem is "deeply intertwined with the history of Israel and the Jewish people."

"Follow in the footsteps of the United States and move the Swedish Embassy to where it has always belonged — in Jerusalem," Sweden Democrats vice party leader Julia Kronlid said in a statement.

"Today, the US moves its embassy from Tel Aviv to Israel's capital, Jerusalem. It is a great moment for the state of Israel. Jerusalem is deeply intertwined with the history of Israel and the Jewish people. It should be a matter of course that Sweden is following the US decision to acknowledge Jerusalem as the capital of Israel and to move the embassy there. The Swedish embassy should be in the political center, the capital and a national symbol for the country," the Sweden Democrats wrote on Instagram.

This is to a large extent a reiteration of a statement made by the Sweden Democrats in December 2017, when a group of prominent party members, including Julia Kronlid, urged to move the Swedish Embassy to Jerusalem, after US President Trump first announced the decision to recognize Jerusalem as the capital of Israel.

Back then, the Sweden Democrats also hailed the US step as "self-evident," urging Sweden to follow suit.

At present, Sweden's embassy in Israel is situation in Tel Aviv, while the Scandinavian nation also has a consulate in Jerusalem and honorary consulates in Haifa and Eilat.

Swedish-Israeli diplomatic relations were badly damaged in 2014, when Sweden became the first EU member to recognize the state of Palestine.

In 2014, one of the first international steps by the "red-green" coalition government formed by the Social Democrats and the Greens, self-described as the "world's first feminist one," was to recognize the state of Palestine in a two-state solution to promote a "peaceful co-existence."

Subsequently, Swedish Foreign Minister Margot Wallström inadvertently stepped up the controversy by calling for an investigation of what she called "extrajudicial killings" of Palestinians by Israeli forces, which caused anger in the Israeli political establishment, which dismissed Wallström's statements as "blood libel." During Wallström's 2016 visit to Israel and the Palestinian Authority, many Israeli officials, including Prime Minister Benjamin Netanyahu, refused to meet her, citing scheduling conflicts, raising suspicions about the refusal being rooted in Sweden's policy.

In late 2017, the UN General Assembly voted overwhelmingly during a rare emergency meeting to ask nations not to establish diplomatic missions in the historic city of Jerusalem, as delegates warned that the recent decision by the United States to do so risked igniting a religious war across the already turbulent Middle East and even beyond.

We are witnessing an abhorrent violation of international law & human rights in #Gaza. 38 confirmed dead, including 6 children, with close to 2000 people injured. Many are reporting injuries to the head and chest. Over 500 injured with live ammunition. This must end immediately.