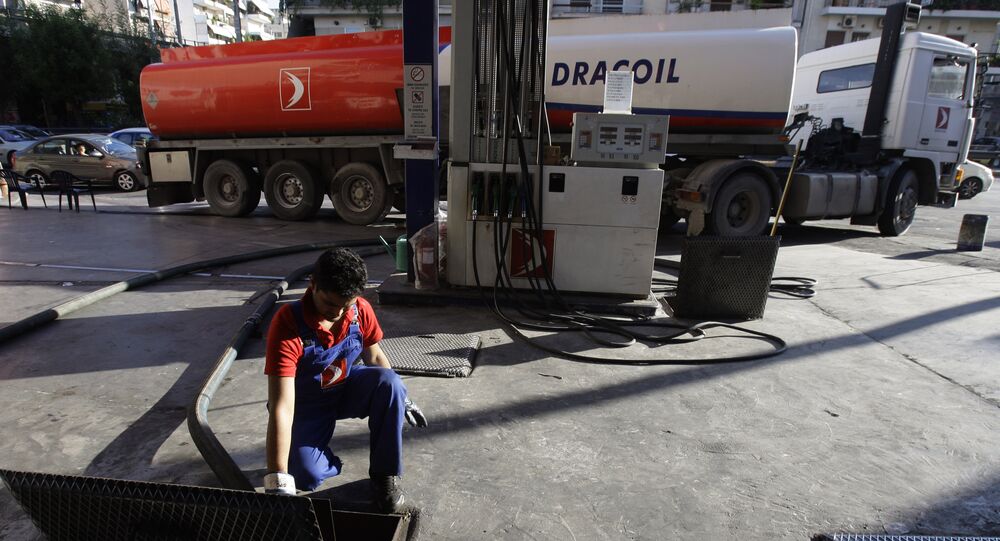 The price for a liter of 95 gasoline has reached 1,6 euros, while on the islands gasoline costs about 2 euros, according to staff at filling stations.

Gasoline and diesel fuel prices have been rising by about 10 cents a month in Greece, something that observers attribute to the US intention to impose sanctions against Iran.

"All last month, prices have been rising daily, over a month gasoline has risen in price by 10 euro cents," said a staff member at one of the filling stations said.

Prices for petroleum products reportedly rose by about 6-7 euro cents right after the US president's statement over America's withdrawal from the Iran nuclear deal. Prior to this, the rise was insignificant in anticipation of a solution, according to the observers.

The price of oil products is affected by high taxes and duties, more than 60% in value, while employees of gas stations are demanding that the government lower taxes.

© AP Photo / Vahid Salemi
Iran Deal: Trump's Pullout May Result in Three Scenarios, Benefits for Russia
On May 8, US President Donald Trump announced that the United States would withdraw from the JCPOA. The president also pledged to reimpose the highest level of economic sanctions against Iran in response to Tehran's expansion of its nuclear program.

Trump's decision to resume anti-Iran sanctions could cause a severe blow to major European corporations, including energy companies Total and Eni and aeronautical products manufacturer Airbus.

At the same time, Greece buys a significant part of its oil from Iran on preferential terms of payment and sanctions will affect the situation in the energy sector, the observers said.

Petroleum products are the main export item of Greece, accounting for almost a third of export earnings. In 2017, Greece exported fuel, lubricants and minerals for almost 9 billion euros, while the country's total exports amounted to 28.5 billion euros.