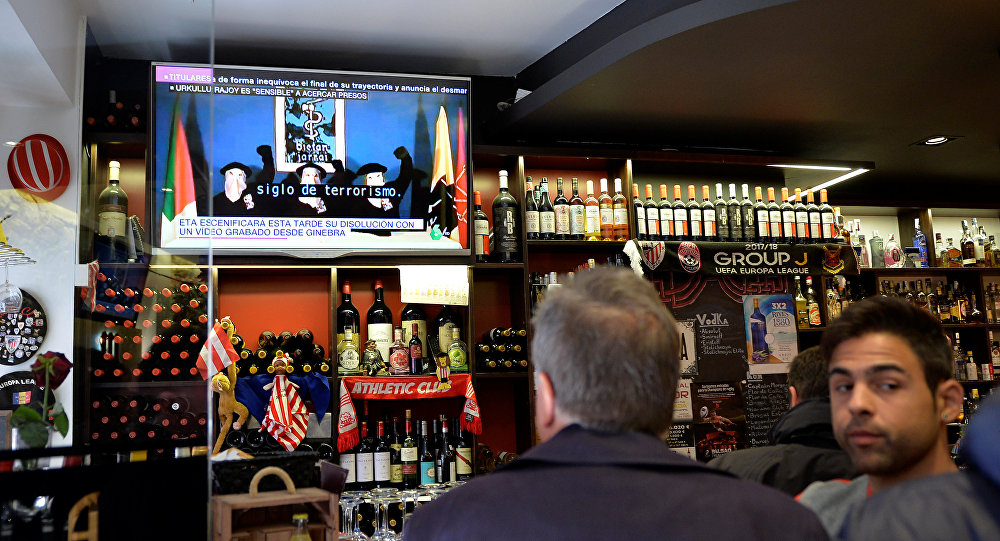 "Whatever the ETA does, [the group] will not find a single loophole to avoid punishment for their crimes. The ETA may announce its dissolution, but neither their crimes nor attempts to prosecute and punish them will disappear," the prime minister said, as quoted by the RTVE broadcaster.

According to the prime minister, the activities of the ETA were a complete fiasco.

Spanish Minister of the Interior Juan Ignacio Zoido said that Rajoy's message was clear and nothing would change the government's anti-terrorism stance.

© REUTERS / Vincent West
ETA Basque Terrorists Announce Disarmament
On Wednesday, the group announced that it would cease all activities, terminating Western Europe's last major armed group, regarded as a terrorist organization by Spain, France, the US and the European Union.

Over 800 people fell victim to the actions of the ETA, which was established in 1959. Despite the group announcing a ceasefire in 2011, the Spanish government had asked for the organization to completely dissolve.