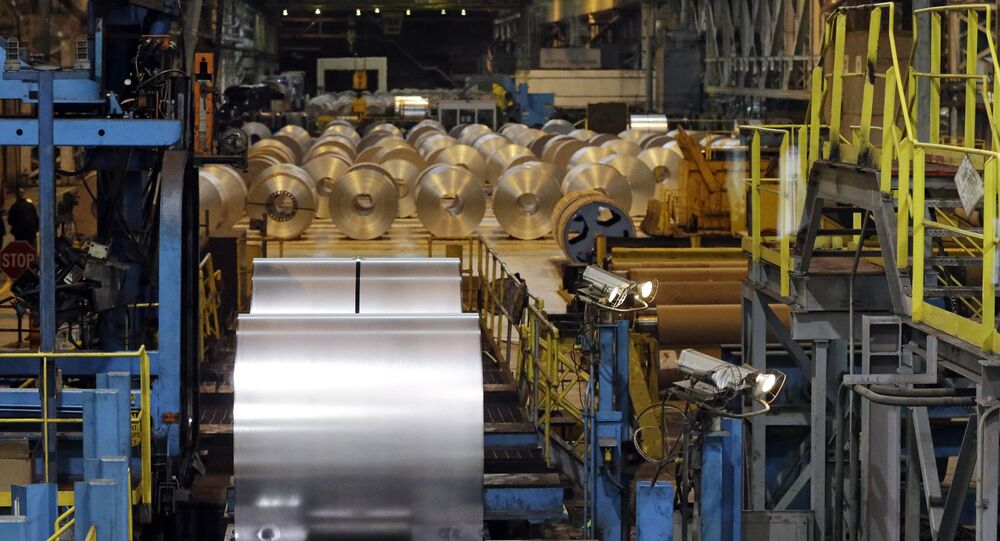 BERLIN (Sputnik) - The German authorities have taken note of the decision of US President Donald Trump to exempt the European Union from US tariffs on steel and aluminum for another month, the German government's press service said in a statement on Tuesday.

The German government stressed the importance of maintaining dialogue between the European Union and the United States on the issue, adding that the escalation of trade relations was neither in EU nor in US interests.

"German Chancellor [Angela Merkel] has once again stressed the principal position of the federal government, which advocates multilateral and rule-based international trade," the statement read further.

© Sputnik / Ruben Sprich
EU Requests to Join WTO Consultations Initiated by China Over US Steel Tariffs – Statement
On Monday, The Wall Street Journal newspaper reported, citing a high-ranking official at the US State Department, that Trump had decided to postpone for another month the steel and aluminum tariffs' entry into force for the European Union and some other US allies.