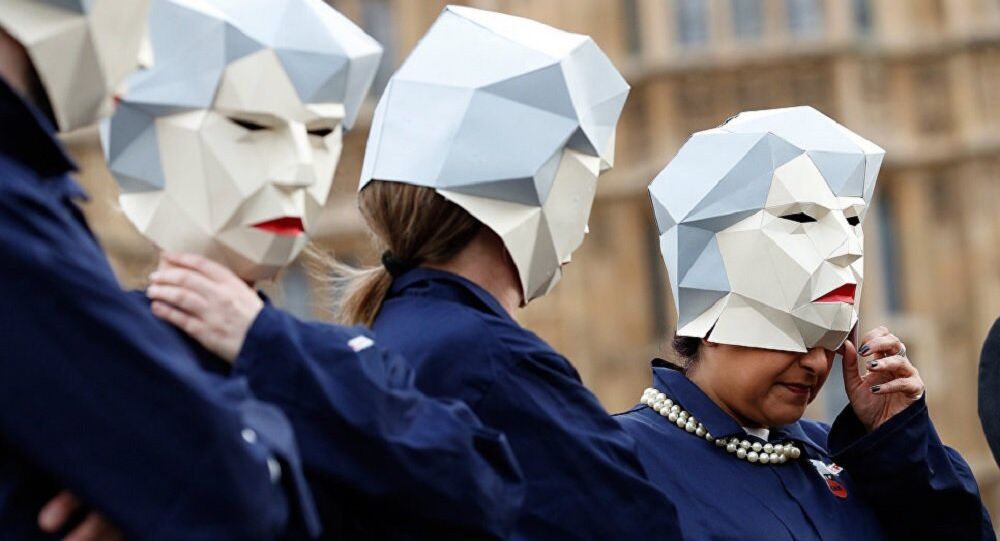 Over a week ago, Pentagon spokeswoman Dana White told reporters that the Internet had witnessed a “2,000-percent increase” in Russian trolling in the aftermath of the western airstrikes on Syria, while some British media noticed similar “suspicious” activity on social media in the wake of the Skripal poisoning.

According to the latest Whitehall analysis by British civil servants, covered by The Guardian, Russia-based accounts have increased their propaganda activities up to 4,000 percent since the alleged poisoning attack on former Russian spy Sergei Skripal in Salisbury, UK.

It appears, those people are not Russians at all, and The Guardian labeled them as “bots” incorrectly: the first “Kremlin-inspired” user, mentioned in the government report, @Ian56789, turned out to be a British citizen, who agreed to make an appearance on Sky News via Skype to dispel the myths that he’s a “Russian troll.”

My interview today on @Skynews refuting the UK gov's malicious, completely fabricated & false allegation that I am "a Russian" bothttps://t.co/5PE1WC8dBl

I got a few Zingers in on Live TV, please watch.
My written statement refuting UK gov allegations https://t.co/pIdM08Eefh pic.twitter.com/MqTUQhP5hI

The unbecoming MSM crackdown on independent bloggers, academicians and activists like @partisangirl, @vanessabeeley, @sahouraxo & others who promote alternative point of view on situation in #Syria has all indications of coordinated smear campaign — what about freedom of speech? pic.twitter.com/PopCh6qJgO

Another “Russian bot,” @Partisangirl, appeared to be an Australian journalist of Syrian descent, who’s keen on filming YouTube videos, addressing such issues as the war in Syria and conspiracy theories. The blogger, whose identity is verified on Twitter, took to the video hosting website to respond to the allegations, accusing the mainstream media of not even “bothering to check my Twitter account before they wrote about it.”

It's not my analysis — as the piece makes quite clear — it's the government's. https://t.co/50C7Ozhv8m

Stewart’s reply caused a wave of indignation on social media:

So you're recognising that you're just parroting your government lies about the #RussianBot without checking their veracity & showing a complete lack of integrity as a journalist? Well, now we have more reasons to believe that the.@guardian isn't reliable and is a #FakeNewsMedia

Why didn’t you do your own ‘analysis’? A child could tell @Partisangirl isn’t a Russian ‘bot’. Why couldn’t you, a professional ‘journalist’? @Partisangirl did not make ‘2,300 posts in 12 days’! This is completely untrue! Lazy journalism. You should apologise!

I thought a Political Editor's job was to, er, edit. Silly me.

Another renowned media outlet, The Times, published a series of articles, “exposing” Russian bots, who “had been mobilized to pump up conspiracy theories” about western airstrikes in Syria, as well as Skripal’s poisoning.

The Times called out a user, nicknamed Citizen Halo, who described herself as a Finnish activist, claiming that she was a Russian bot, because she tweeted that UK Prime Minister Theresa May was more likely to be behind the Skripal poisoning than Russian President Vladimir Putin, as well as that the alleged chemical attack in Syria’s Douma was a false flag, staged by the White Helmets.

The “Russian bot” immediately took to Twitter to lambast those claims:

Unlike @thetimes lazy UK govt stenographers claim I am not a 'Russian troll' but a rebel anti-war grandmother from Finland. Which would have been easily checked as I have been in twitter plus 9 yrs and frequently send snapshots of my life pic.twitter.com/3DhLYp4RDI

On March 4, former Russian intelligence agent Sergei Skripal and his daughter Yulia were found unconscious in Salisbury, UK after being allegedly exposed to a military-grade nerve agent, dubbed Novichok. The British authorities rushed to accuse Russia of “attempted murder,” ordering a massive expulsion of Russian diplomats from the country, thus triggering a wave of coordinated ousters of Russian diplomatic workers across Western nations. Moscow, for its part, has denied any involvement in the incident, and took symmetric measures in response to the West’s actions.