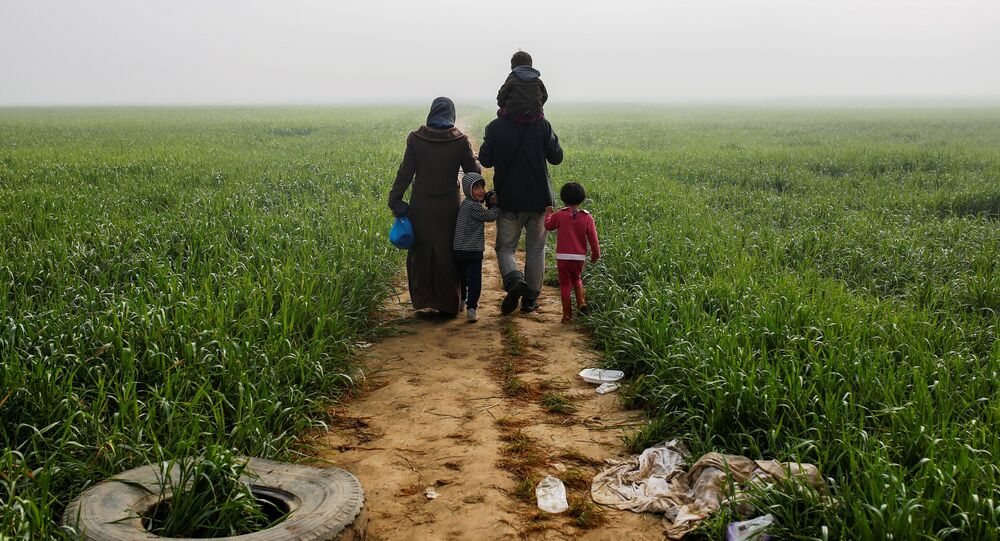 Germany has been puzzled with the growing number of Syrian refugees who were granted asylum there but reportedly travel back to Turkey illegally rather than staying in the EU.

The increase in cases of the “reversed escape” of Syrian refugees with residence permit has been reported by the north German broadcaster NDR. In their investigation, many Syrians named difficulties with family reunions in Germany as one of the main reasons for their leaving the European Union despite holding a valid residence permit.

The “reverse escapees” usually freely travel within the Schengen zone to Greece, then call on the services of smugglers to cross the border between Greece and Turkey, because they lack a Turkish entry visa. Assistance with the risky travel can be found in special groups in Facebook, where ‘coyotes’ ask appr. $250 per capita for their job. According to the report, one of them claims that he brings more people to Turkey than back to the EU. Another smuggler reported that he takes 50 escapees each day. The journey, which includes crossing a river border, can be dangerous: several incidents and deaths along the route have been reported.

The German Federal Office for Migration and Refugees (BAMF) doesn’t have stats proving the phenomenon. However, it has noted 4,000 Syrian refugees as missing, without defining the reasons. The data doesn’t also count those travelling within the EU.

“If some people change their minds, we are a free country, thank God.  Europe is a territory of freedom Should we now control exits at the borders?” he said.

However, the phenomenon has been confirmed in an interview by representative of the United Nations High Commissioner for Refugees (UNHCR) in Germany Dominik Bartsch and called this fact a paradox. He couldn’t give the number of cases of refugees fleeing back, but shared his view on the reasons. According to him, strong family values cause this process, as many refugees feel let down by Germany, where they get asylum status but aren't allowed to bring their family there because family reunification has been suspended since 2016. This March the suspension was prolonged till August 2018.

However, when the practice is resumed in August, reunification will become harder for refugees according to the so-called “Family Reunification act.” The legislation, reportedly worked out by the Interior ministry, imposes stricter terms for family reunification entry. The new draft law, which will affect 1,000 families monthly, lets only spouses, parents of underage children and underage unmarried refugees into Germany.

Other family members, including siblings, as well as those who depend on social allowances would be denied the permission. The measure is aimed to block jihadists, terrorist perpetrators, hate preachers and leaders of banned terror groups from entering Germany.

The changes are reported to be advocated by Federal Interior Minister Horst Seehofer (CSU), former head of the Bavarian state, known for his tough stance on migration policy. Apart from the proposal on family reunion, Seehofer, who took the chief position at the Interior Ministry this March, has already sparked a debate over the migrant crisis with his remark “Islam doesn’t belong to Germany.”

Germany has been struggling to manage a massive refugee crisis, which escalated in 2015, with hundreds of thousands of migrants seeking asylum in EU member states.

The influx of migrants to Germany was a result of German Chancellor Angela Merkel's open door policy towards migrants fleeing devastating wars and military conflicts in their home countries.