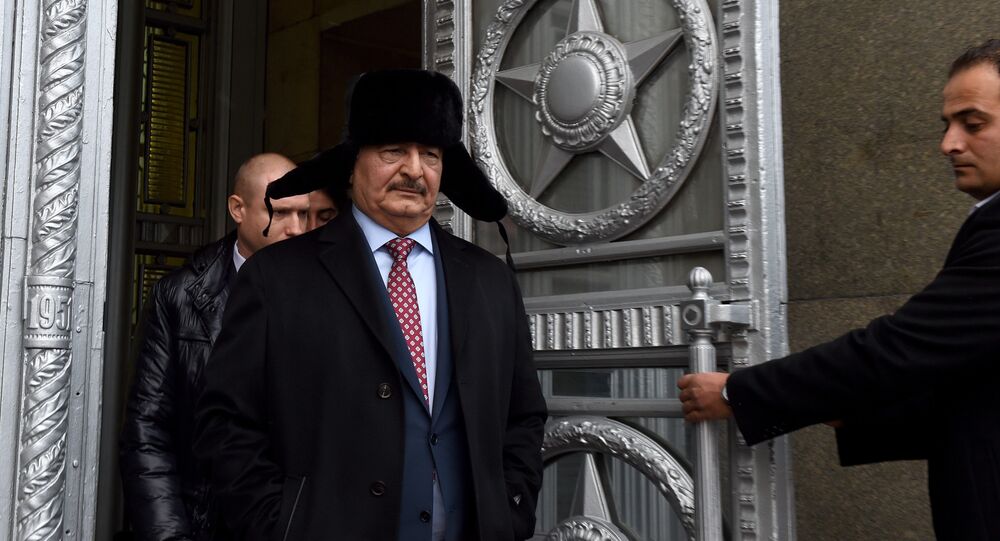 Haftar was immediately transferred from the Jordanian capital of Amman to Paris for hospitalization after his alleged stroke, according to Le Monde newspaper.

However, sources close to the 74-year-old field marshal reportedly denied the reports, stating that Haftar was currently engaged in political negotiations in Amman and was in good health.

The French Foreign Ministry has refused to comment on the issue.

Libya has been in turmoil since the 2011 civil war that resulted in the overturn of country’s longtime leader Muammar Gaddafi.

The eastern part of the crisis-torn state is governed by its parliament, with headquarters in the city of Tobruk. The parliament is backed by the Libyan National Army, which is engaged in a struggle against militants. At the same time, the UN-backed Government of National Accord (GNA), headed by Prime Minister Fayez Sarraj, operates in the country's west and is headquartered in Tripoli.