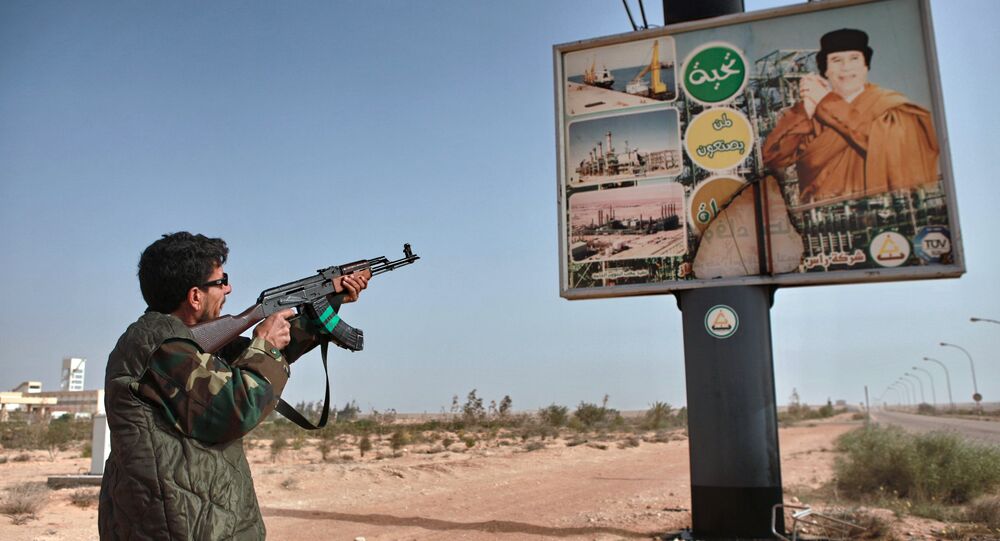 CAIRO (Sputnik) - Libya's Prosecutor General's Office has notified Egyptian authorities that it is canceling its request to have a number of members of the ruling elite of former Libyan leader Muammar Gaddafi's era are detained and extradited, Asharq Al-Awsat newspaper reported Wednesday.

This decision was made by the Prosecutor's Office due to a "lack of reason" for bringing them to criminal liability, the newspaper specified.

The list included former politicians, members of security forces, military and leading journalists who, after the overthrow of Gaddafi, fled to neighboring Egypt, the newspaper added.

Libya has been in turmoil since the 2011 civil war, which resulted in the country's longtime leader Muammar Gaddafi being kicked out of power. After Gaddafi's death, his family members and closest allies became subject to persecution.

The eastern part of the crisis-torn state is governed by its parliament, with headquarters in the city of Tobruk. The parliament is backed by the Libyan National Army, which is engaged in the struggle against militants. At the same time, the UN-backed Government of National Accord (GNA), headed by Fayez Sarraj, operates in the country's west and is headquartered in Tripoli.