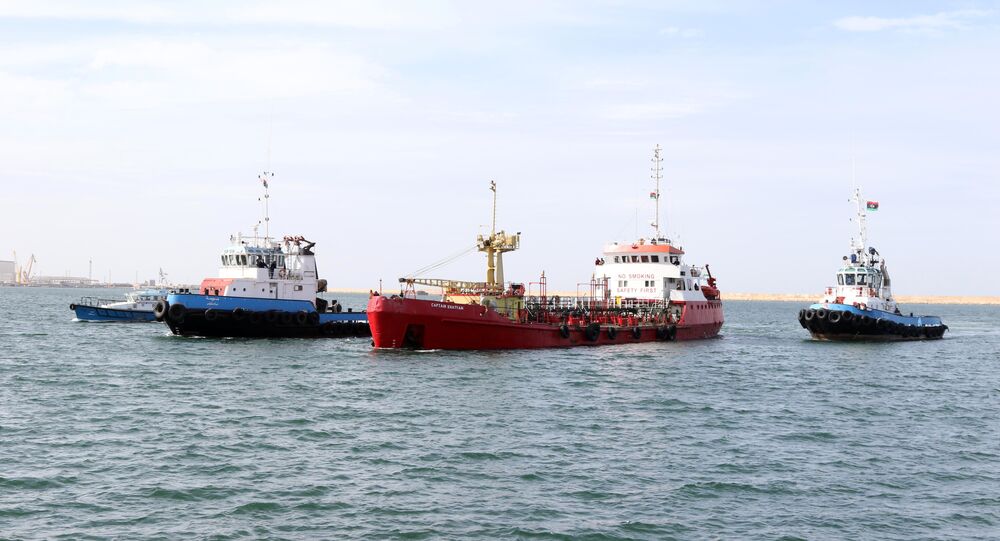 MOSCOW (Sputnik) - The navy affiliated with the Libyan Government of National Accord (GNA) has seized an oil tanker under the Togolese flag on suspicion of smuggling activities, media reported Thursday.

The navy has seized the tanker near the coast of western Libya, the Turkish Anadolu news agency said citing a statement of the navy.

The media outlet added that there were eight crew members on board the tanker when it was seized by the navy.

READ MORE: Libya Gears Up for Oil Revival and Bids to Reinstate Its Production Powerhouse

© REUTERS / Ismail Zitouny
Explosion Hits Oil Pipeline Leading to Libya's Port - Reports (PHOTO)
Libya has been in a state of turmoil for years after the Arab Spring protests in early 2011 led to a civil war and the overthrow of long-time leader Muammar Gaddafi.

At the moment, the eastern part of the crisis-torn state is governed by its parliament, with headquarters in the city of Tobruk. The parliament is backed by the Libyan National Army, which is engaged in struggle against militants. At the same time, the UN-backed GNA, headed by Fayez Sarraj, operates in the country's west and is headquartered in Tripoli.

The crisis in oil-rich Libya has resulted in the intensification of oil smuggling activities. In April 2017, the Libyan navy seized two tankers under the Ukrainian and Congolese flags carrying about 4,500 tonnes of smuggled oil.