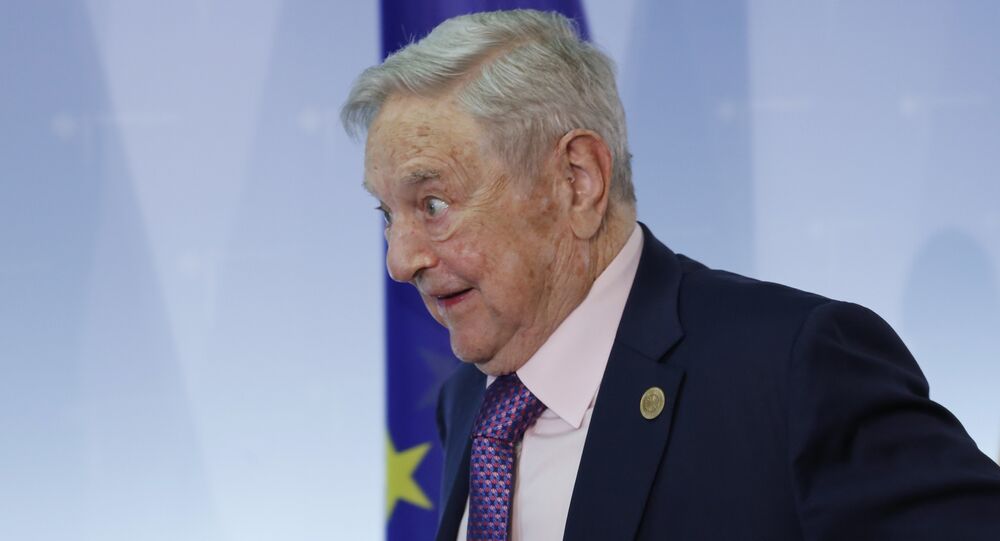 Billionaire George Soros has long provided funding to anti-Brexit campaigning groups and other organizations which serve his globalist agenda, with some describing his activity as “election meddling.”

The notoriously pro-immigration billionaire donated an additional £400k (around US$567K at the current GBP/USD exchange rate) to the pro-EU Best for Britain group after it was reported that disgraced datamining firm Cambridge Analytica worked with an anti-EU campaigning group, according to BuzzFeed News.

Vote Leave – the UK’s official Brexit campaign – reportedly spent around 40 percent of its budget on services provided by Cambridge Analytica.

It was previously alleged that another pro-Brexit group – Leave.EU – also hired Cambridge Analytica to target voters in the 2016 Brexit referendum, but these claims were quickly refuted by the group’s founder, Arron Banks.

"We did have dealings with Cambridge Analytica – they put forward a pitch that went into the designation document submitted to the electoral commission. We had plenty of talks with them but we never did any work paid or otherwise," Mr. Banks said on March 21.

The president of Soros’ Open Society Foundation raised concerns about Cambridge Analytica’s involvement in the Brexit referendum when announcing the foundation's latest donation to Best for Britain, and described the tech firm as a “questionable data company.”

“In the past fortnight fresh evidence has emerged suggesting Leave campaigns misled voters about their spending and used a questionable data company to target voters on social media. The Open Society Foundation believes that British citizens have a right to know whether the UK’s democratic process was undermined during the referendum vote,” President Patrick Gaspard said on April 9.

"We are therefore backing Best for Britain’s call for an investigation into the matter and donating a further £400,000 to their campaign for a meaningful vote on the final Brexit proposal," the Open Society Foundation's president added, confirming the foundation recently made another large donation to the pro-EU group.

The Open Society Foundation itself has repeatedly been accused of acting on behalf of George Soros to meddle in the internal affairs of other nations – primarily their immigration policies – for Soros’ personal benefit.

© AP Photo / Kevin Wolf
After Election Win, Hungary's Ruling Party Might Soon Get Rid of Soros for Good
Hungarian Prime Minister Viktor Orbán is attempting to push the so-called “Stop Soros Act” through parliament, which will prevent his pro-immigrant groups from operating in the country.

In the run up to the Hungarian parliamentary elections, numerous government officials and members of the ruling Fidesz Party warned that Soros was attempting to meddle in the elections and had employed around 2,000 people as part of his efforts to influence its outcome.