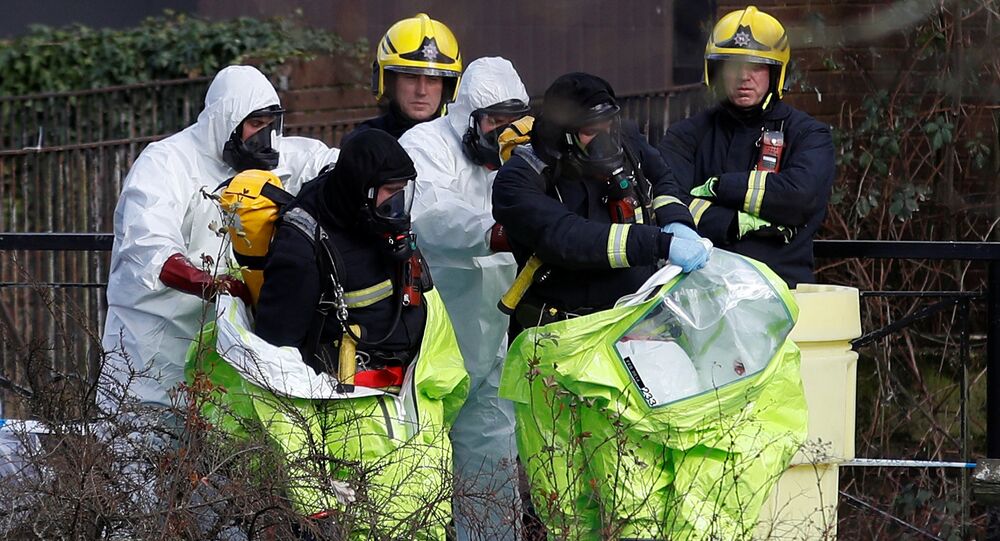 MOSCOW (Sputnik) - The credentials of the Organization for the Prohibition of Chemical Weapons (OPCW) do not include the potential identification of those responsible for the poisoning of the Russian ex-intelligence officer Sergei Skripal, the Russian permanent representative to the OPCW said in an interview with the Rosiyskaya Gazeta newspaper.

"We expect that the experts will provide an official, only fact-based statement on a chemical composition of the samples collected by the specialists of the Technical Secretariat [of the OPCW]… The credentials of the mission do not include any allocation of responsibility. No one expects that the experts would point at anyone," Alexander Shulgin said.

According to the Russian official, the OPCW experts should specify the use of a substance and its chemical formula. At the same time the official added that it was necessary to find out how the poisoning substance had been transported to the accident site and for this purpose it was important to get access to all the results of the investigation carried out by the UK side.

In addition, Russian envoy to OPCW said in an interview that the experts would not be able to present the results of their work on the so-called Skripal case by April 4.

"Likely [the results of the inquiry will] not [be ready]. It has been reported that after the collection, packaging and transportation of the samples to the places, where they could be analyzed, [the experts] will need two or three more weeks. It is obvious that this period has already started and the samples are in the relevant laboratories. But we assume that nothing will be ready by the extraordinary session [of the OPCW Executive Council]," Alexander Shulgin said answering a question whether the results of the probe were ready by the Wednesday session.

© AP Photo / Peter Dejong
Russia to Present Proposal on Probe Into Skripal Case to OPCW – Envoy
Moreover, Alexander Shulgin noted that the activities of the experts from the OPCW's Technical Secretariat concerning Skripal case were not so transparent.

"We have a lot of questions to them, because everything has been conducted in a very nontransparent manner. We have came to a consequence that it is time to make one more attempt and to send the consideration of the situation exclusively to a legal framework," Alexander Shulgin said.

The official added that the Russian side raised the issue that the UK-initiated investigation into the incident within the OPCW framework should be conducted in a more transparent way.

"It is very important for the experts of the technical secretariat to share the information, but they clearly do not want to do that," Shulgin added.

On Thursday, Russian Foreign Minister Sergey Lavrov said that Russia had officially proposed to convene an extraordinary session of the OPCW Executive Council on April 4 to have a "frank conversation" and establish the truth about the case of poisoning of former Russian intelligence officer Sergei Skripal in the UK town of Salisbury.