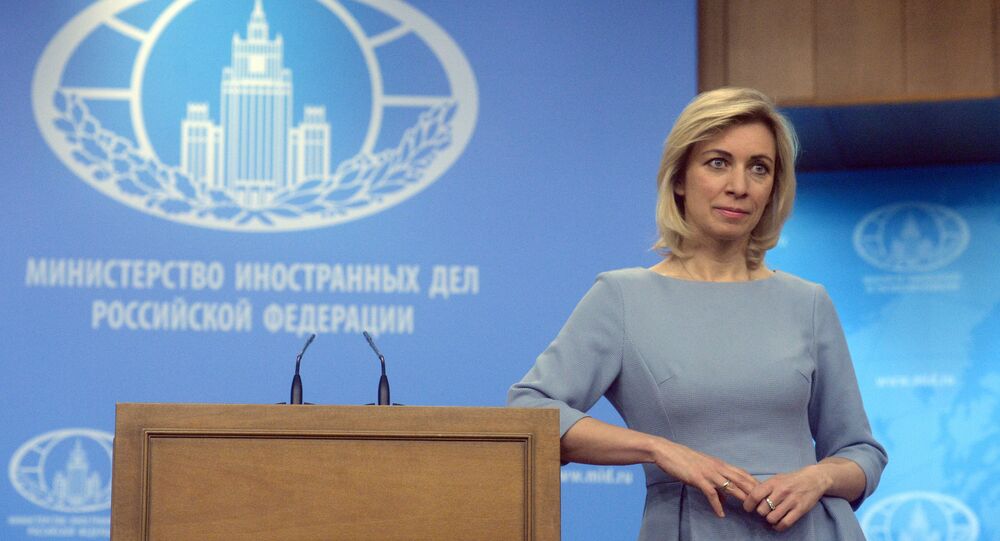 Maria Zakharova noted, in her reaction to the latest article by the British Foreign Secretary, claiming the UK hopes to use retaliatory moves against Russia following Skripal’s poisoning to patch the British budget holes from Brexit with “dirty Russian money.”

The Press Secretary of the Russian Foreign Ministry Maria Zakharova commented on an article published by the head of the UK Foreign Office Boris Johnson, and dismissed all his allegations that the incident with Skripal is connected with the Russian presidential elections as fake.

“Why are a new portion of fakes and attacks by the “Novichok” of British diplomacy needed? The answer is obvious – there are no facts, and by storming to hit rock bottom Boris Johnson tries [to do three things],” she wrote on Facebook.

The name of the substance, Zakharova refers to, which the UK claims was used in Salisbury’s poisoning, shares the Russian word for a “new man.”
According to the spokeswoman, the British Foreign Office head wants to save his boss, Prime Minister Theresa May, from disgrace, as she has ejected Russian diplomats and their families before a proper investigation began. Zakharova also implies Johnson wants to find a “motive” Russia lacks, unlike the UK and its NATO Partners as well as “howl down the siren from Moscow calling for providing all the evidence on the case.”

“The ruling elites need the article and more outrageous impertinence because Scotland Yard’s investigation will take months. Many months literally,” noted Zakharova, adding that the Organization for the Prohibition of Chemical Weapons (OPCW) will analyze the agent for not less than three weeks.

Citing some analysts, Zakharova wrote that the unfolding story is a complicated game and represents a new level of the anti-Russian campaign, making it possible to manipulate Theresa May. She calls her a “hostage”, whose political fate depends on the UK security forces.

“They played too long, got entangled in their lies and were caught,” Zakharova said, describing the British information campaign.

She also expressed suspicions that May brought up “dirty Russian money”, laundered in the UK for many years and providing London with finance flow while Moscow demanded the extradition of more than 40 suspects. Zakharova ties it to the need to deal with great financial losses from “Brexit.”

Tensions between Moscow and London have been rising since early March, when the United Kingdom accused Russia of the attempted killing of former spy Sergey Skripal. The retired double-agent and his daughter are currently being treated in the United Kingdom for exposure to a nerve agent, which, according to the UK, belongs to a class of chemical weapons developed in the Soviet Union in the 70-s, named “Novichok.” The UK government, backed by its NATO allies, expelled 23 Russian diplomats and promised further sanctions.

Moscow has strongly denied London's allegations and requested access to samples of the substance used to poison the Skripals. London has refused to honor this request.