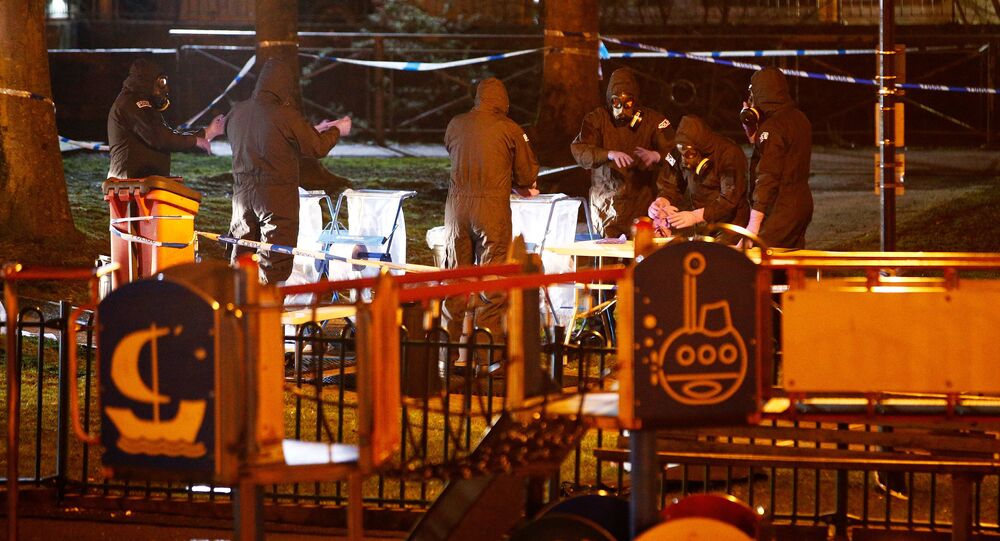 Russia insists on solving the Skripal case on a bilateral level with London and Moscow working collaboratively, according to the Envoy to OPCW.

"There are a lot of options, all are spelled out in the convention. We hope that we can come to an understanding, have a dialogue with our partners and clarify this situation," said the Russian envoy to the Organization for the Prohibition of Chemical Weapons (OPCW).

According to Shulgin, the United States and Great Britain had developed a nerve agent called "Novichok" that could have been used in the poisoning of the former agent Skripal, while Russia has never conducted similar research.

"It is entirely possible that this substance could have been used from their arsenals, from their stocks," said Shulgin.

None of CWC Signatory States Declared Possession of Novichok-Family Nerve Agents, according to the OPCW.

The British side refuses to cooperate with Russia to investigate the poisoning of Skripal and his daughter not only directly, but even through intermediaries, according to Shulgin.

"My guess is this, Britain cannot provide us with the real evidence and confirmation of those claims that are put forward to us. We are ready for a meaningful dialogue, we need clear knowledge of what we are being blamed for and what it is based on, and get access to the samples taken from the scene in Salisbury," Shulgin stated.

Moscow does not understand why it should accept at face value the claims of the United Kingdom on the poisoning of the former Russian intelligence officer Sergei Skripal, Shulgin said.

"Our British partners suggest taking their word for it. As if everything has already been defined by the highest experts, so accept our word for it. But I ask you, why should we trust the British? Don't we have examples, when high-ranking British representatives, to put it mildly, have paltered with the truth?", said Alexander Shulgin, the Russian Envoy to OPCW.

According to the Russian Envoy, Moscow has constantly asked London to provide it with the case materials, but in return has received only non-committal replies.

"Let's hope that some sobering moment comes to our British partners and they come to an understanding that it is necessary to act calmly, without mutual accusations, with mutual respect," he said.

Earlier, British FM Boris Johnson stated that London would provide samples of the substance used in the poisoning of Skripal and his daughter to the OPCW for evaluation.

Meanwhile, the Kremlin expressed its surprise by Britain's behavior towards Russia, the United Kingdom's position in relation to the poisoning of former GRU Colonel Sergei Skripal because it contradicts international law and common sense, according to Kremlin spokesman Dmitry Peskov.

"The position of the United Kingdom contradicts not only the international law but the common sense in general. That is why we are truly surprised," Peskov told reporters.

The spokesman emphasized that sooner or later London would have to provide actual proof instead of speculations.

"To be honest, we have never seen such a manner of behavior on the international arena, when accusations are being made against a country, our country, in this case, very serious allegations, formulated through the use of 'evidently,' 'highly likely' and so on," Peskov said.

UK Prime Minister Theresa May said earlier this week that Moscow was "highly likely" behind the attempt to murder a former spy, residing in the United Kingdom, by using a military grade nerve agent of a Novichok type, developed in the Soviet Union, expelling 23 Russian diplomats from the country and blaming Moscow for Skripal's poisoning. Russia has rejected all accusations and asked to be given access to the case materials including samples of the substance. However, London has denied the request.