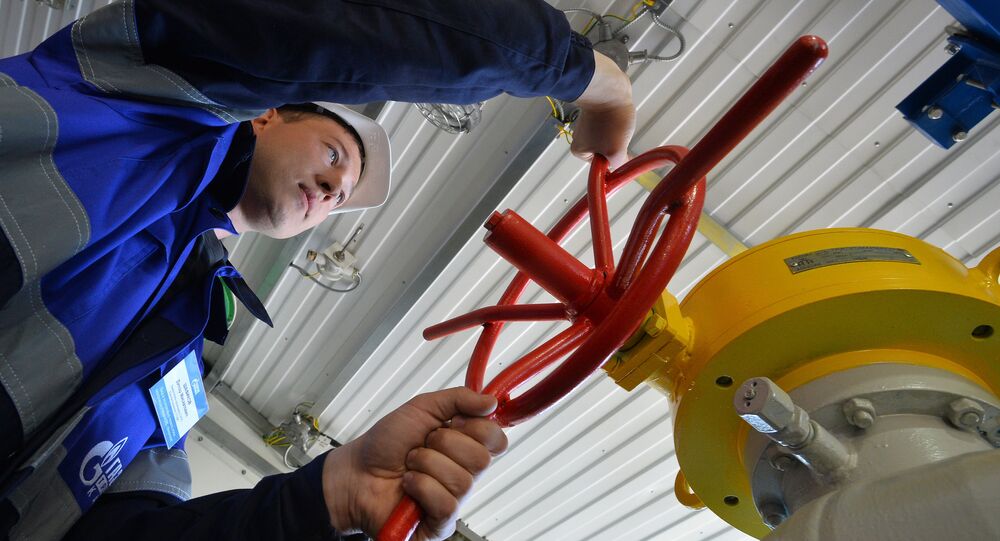 MOSCOW (Sputnik) - UK statements about the intention to reduce gas purchases from Russia are politically motivated and do not serve to promote competition in the European gas market, although each country has the right to choose its own suppliers, Russian Energy Minister Alexander Novak said Thursday.

"I heard statements that the United Kingdom wants to reduce purchases of Russian gas, it is the right of every commercial organization and country to choose its energy policy. We, in this case, supply gas to Europe, proceeding from the needs on absolutely competitive terms, and we will continue to operate in a competitive environment. Such decisions are politically motivated and are not aimed at expanding competition in the European market," Novak said commenting on May's statement.

On Wednesday, UK Prime Minister Theresa May said that the United Kingdom, together with the European Union, continued to seek an opportunity to reduce dependence on Russian gas as Moscow allegedly used such dependence to exert influence. Alongside asset freezes and the biggest diplomatic expulsion since the Cold War, that was the prime minister's response to a poisoning of Russian former intelligence officer Sergei Scripal, of which she earlier accused Moscow.

© Sputnik / Sergey Krasnouhov
US Ready to Compete With Russia in Europe's LNG Market
Whereas Europe covers more than a third of its gas demand by Russian sources, the share of the Russian gas in the UK is lower as the country gets the some of its fuel from the fields in the North Sea and Norway. Britain receives Russian gas through links with mainland Europe and buys some more from a new liquefied natural gas (LNG) facility in northern Siberia.

Some EU member states continuously express their concern over European independence in terms of gas supply and thus vehemently oppose Russian project Nord Stream 2 which aims to deliver 55 billion cubic meters of Russian natural gas a year to the European Union across the Baltic Sea to Germany. Russian Prime Minister Dmitry Medvedev stated that the realization of the Nord Stream 2 project does not unilaterally increase EU dependency on Russia, but creates interdependence, stressing that "this is what business is about."

© AP Photo / Maxim ZMEYEV
Warm Feelings: Russian LNG Gas Reportedly Heads to UK Amid Record Cold Snap
Russia's energy giant Gazprom reported at the end of February and in the beginning of March about record volumes of gas exports to Europe. On Friday, the Russian company said that it had broken yet another record for daily exports by delivering 713 million cubic meters of gas to the European Union.