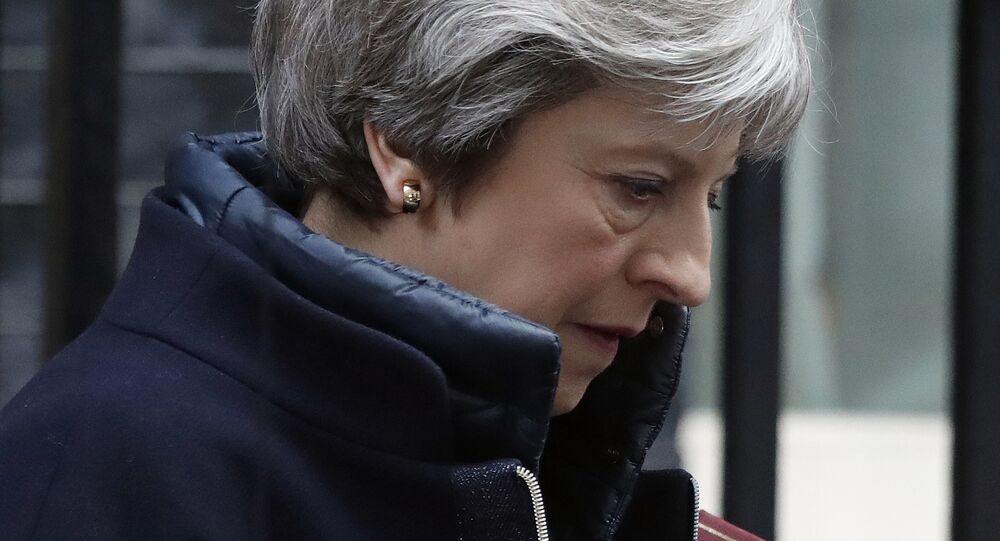 Former French Prime Minister Jean-Pierre Raffarin has called for avoiding escalating the situation around the Skripal case, which he recalled has yet to be completed in terms of investigation.

He stressed that first and foremost, it is necessary to wait until the completion of an investigation into the matter.

Calling for refraining from escalating the situation, Raffarin pointed out that the Kremlin perceives the Skripal case-related accusations as "a factor of the Western world's violence and aggression against Russia."

Earlier, May claimed that Moscow was "highly likely" to be behind the alleged poisoning attack of ex-Russian spy Sergei Skripal and his daughter Yulia in Britain's Salisbury on March 4. Russian Foreign Ministry spokeswoman Maria Zakharova described May's the accusations as a "circus show in the UK's parliament".

Moscow vehemently rejects all the accusations of its involvement in the Skripal case, saying that such groundless claims are unacceptable.

© REUTERS / Peter Nicholls
Lavrov: Moscow to Respond on Skripal Case to UK in 10 Days After Receiving Request
Russian Foreign Minister Sergey Lavrov has called for Moscow to be given access to all the materials of the case, including samples of the toxic substance which was allegedly used to poison Skripal.

Russia's envoy to the European Union Vladimir Chizhov, for his part, has warned against using the "language of ultimatums" with respect to Moscow after May demanded Moscow's explanation for Skripal's alleged poisoning by the end of Tuesday.

In the latest development, May has announced the expulsion of 23 Russian diplomats from Britain, something that the Russian Embassy in London described as "unacceptable, short-sighted and unjustified."