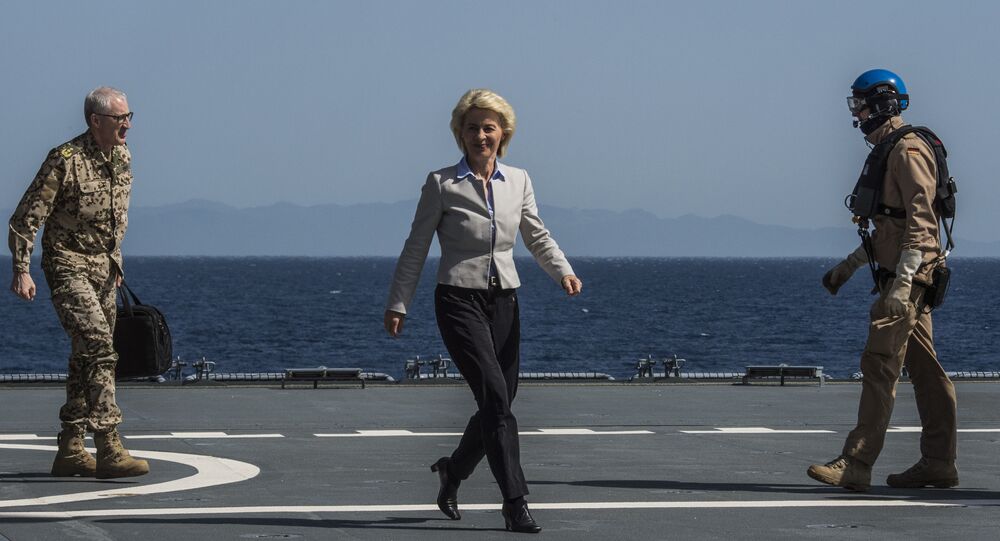 She also promised to increase Germany's military budget, in what was hailed by NATO Secretary General Jens Stoltenberg who said that EU cooperation was "not an alternative to NATO," but that it would "strengthen the European pillar within NATO."

"There will be billions for defense… because we said we would raise the budgets one by one," Von der Leyen pointed out.

Her remarks came after her speech at the 2018 Munich Security Conference, where she specifically praised EU members for clinching an agreement on the establishment of the Permanent Structured Cooperation (PESCO) pact.

Referring to the US, Von der Leyer also told the 2018 Munich Security Conference that "it is a point of concern to us to see that some of our partners continue to roll back spending on diplomacy, international aid and the United Nations."