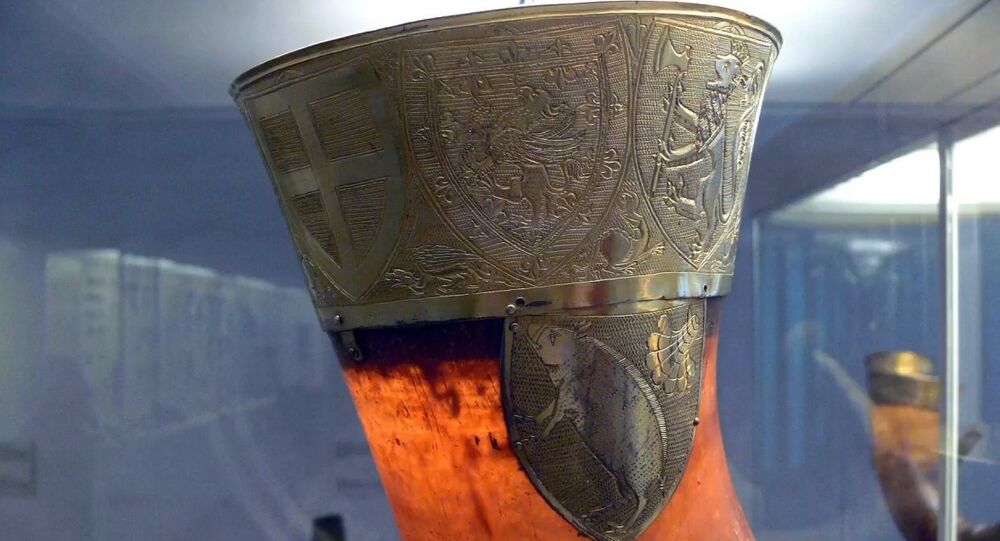 The Royal Horn, one of the regal treasures from Norway's early history, is currently in Denmark. Now, voices have been raised for the artifact to be returned to its home and be exhibited in the new National Museum, which will open in Oslo in 2020.

"Dear Danes, could we please have our horn back?" Norwegians plea in a bid to reclaim a unique historic relic that could possibly be the single regal insignia from that era.

"The Royal Horn is very special, because we have no other regal insignia of the same significance from the same era, no scepters or crowns. It also binds together different eras in our history," Norwegian Nobel Research Institute Asle Toje told the Danish newspaper Kristeligt Dagblad.

According to Toje, it is beyond all reasonable doubt that the Royal Horn was made in Norway, by the royal jeweler, shortly before the arrival of the Black Death in 1349.

​Toje was the first to suggest the idea of reclaiming the royal horn in an opinion piece in the Morgenbladet daily, titled "Dear Denmark, Can We Please Have our Horn Back"

​After the demise of King Håkon VI of Norway in 1380, Norway entered a personal union with Denmark, effectively giving up its monarchy for the coming centuries. Denmark went on to rule over Norway for 434 years. Norwegian independence, though, was delayed for another century, as the country became part of a United Kingdom with Sweden. The royal house of Norway was reinstated in 1905. Ironically, it was Carl of Denmark who was proclaimed King of Norway under the name Haakon VII.

In the meantime, the horn traveled to Iceland, also a Danish possession at that time, from where it found its way to Copenhagen in 1720.

Camilla Mordhorts, deputy director of the Danish National Museum, had no qualms about loaning the horn, but stressed that a political decision is needed for the Norwegian relic to return home for good. She cited a similar example from 1965, when the Royal Library returned the manuscripts of the Icelandic sagas, Danish Radio reported.

Toje emphasized the irony of the fact that the Danes themselves are interested in restoring historical justice.

"Denmark has several objects that it would want to reclaim from Sweden. Most preferably, they want the gilded skirt that belonged to the daughter-in-law of King Håkon VI," Toje argued, emphasizing the lack of formal procedures for reclamation of cultural artifacts.

The Royal Horn is 17 centimeters long, it is made of an aurochs horn and is embroidered with eight coats of arms and the Norwegian regal lion.