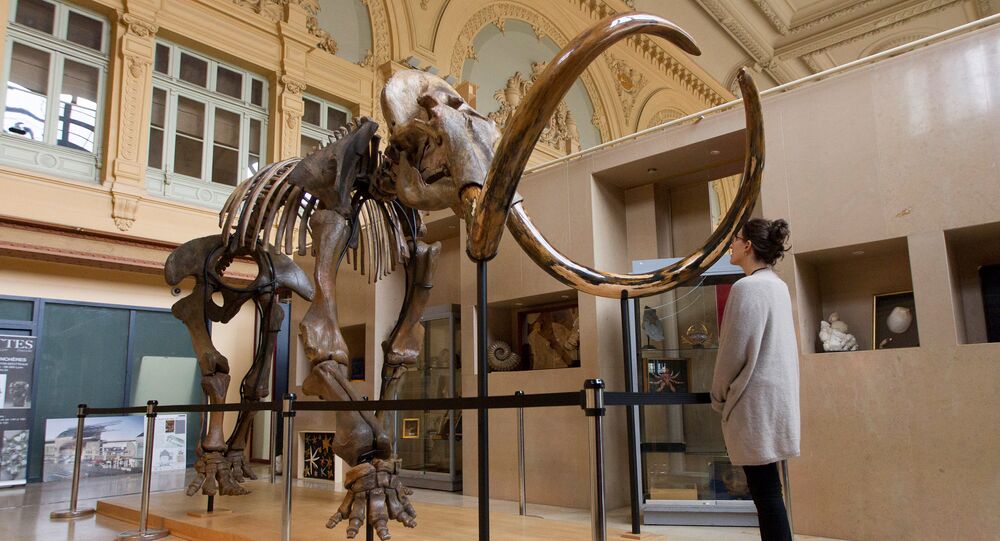 The skeleton of a 10,000-year-old woolly mammoth has been auctioned off in France to become the largest of its kind to end up in private hands, various media reported.

The perfectly preserved carcass of the ancient giant was sold to a French businessman for €548,250 ($644,234) at an auction held in Lyon on Saturday.

The striking artifact was carefully assembled and mounted in a forward walking position with its enormous curved tusks pointing downwards, the Mail Online reported.

© Photo : Youtube/Sputnik
Mammoth 'Family' From Siberia to Be Auctioned in UK
Despite its advanced age, the 11.2-feet-tall and 16.4-feet-long skeleton has remarkably retained 80 per cent of its original bones, including a pair of huge curved tusks.

The remains of the hairy giant, which roamed North America and Russia’s Siberia thousands of years ago, was discovered in northwestern Siberia about a decade ago, Deutsche Welle reported.

It belonged to a local hunter who had preserved the remains at his home.

Woolly mammoths became extinct about 3,700 years ago due to overhunting and a warming climate.