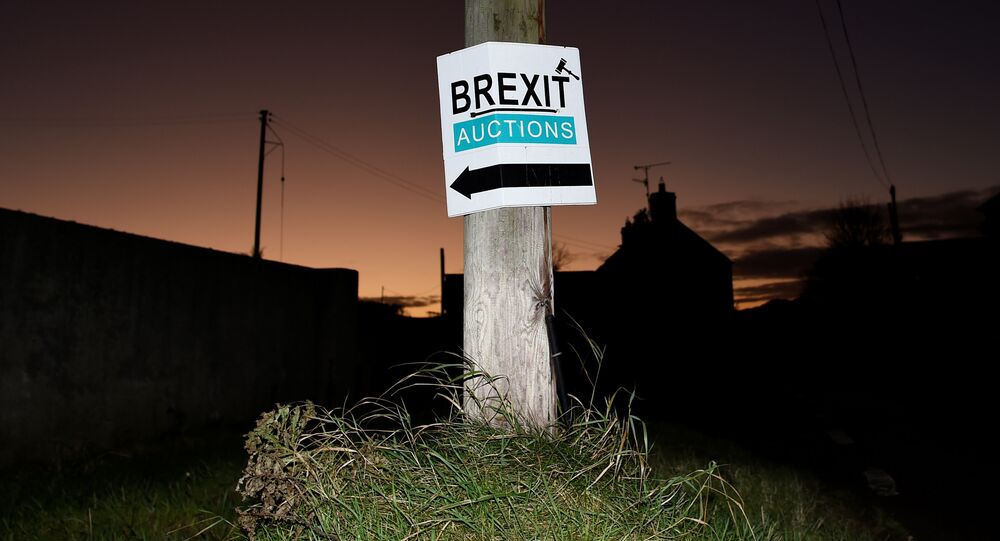 According to the EU-UK agreement, published on Friday following the first technical phase of the Brexit talks, the United Kingdom will fulfill its financial obligations to the EU budget as well as on a number of EU programs until 2020.

Earlier in the day, Henry Bolton, the leader of UK Independence Party (UKIP) who used to be a main advocate for Brexit, called the agreement "a total surrender to the European Commission," saying that it was 80-90 percent drafted by Brussels.

Notably, most UK citizens, even those who voted for the country's withdrawal from the European Union, are disappointed with the first "divorce" agreement and see it as an act of submission by the UK government, Margot Parker, the deputy leader of UKIP and member of the European Parliament, told Sputnik on Friday.

"To be quite honest, having to pay until 2019-2020, it’s ludicrous…. I’m already receiving complaints that support my party, that support the views – they’re not at all happy. They just see it as a submission by the British government," Parker said. She added that the agreement took way too long and could have been reached much earlier.

© REUTERS / Yves Herman
EU Commission President Believes 'Breakthrough' Achieved in Brexit Talks
"Frankly, we could have been speaking about trade I don’t know, maybe 15 months ago, 14 months ago, almost immediately. There’s no need to be waiting to resolve the financial issues," the parliamentarian noted.

Parker noted that while the details of the final "divorce bill" were still unclear, it would surely be a hard burden for UK taxpayers.

"An open check of huge amounts of money going to the European Union will not be well-received, I believe, by the British public that voted to leave," she concluded.

Resolving the "hard border" issue between the Republic of Ireland and Northern Ireland has only been so difficult because of EU pressure on the United Kingdom, Margot Parker told Sputnik.

"It didn’t seem rational to be difficult but if the EU sort of ‘well, this is what you’ve got to do; you’re one of the 27 and we can make a little bit more headway if we lean on the British government a little bit more, and we’ll use you to do it.’ So I’m sure they did," Parker said.

The parliamentarian added she was glad the Irish border issue was somehow resolved.

© REUTERS / Eric Vidal
Withdrawal Agreement to Be Ready by October 2018 - EU’s Chief Brexit Negotiator
"But they made that into a difficulty when quite honestly it needn’t have been. And we’ve had borders with Ireland since 1924, both Ireland and the United Kingdom are not in Schengen, so there are plenty of ways of dealing products going backwards and forwards. We’ve had very good relations with Ireland for year. We’ve traded with them, we’re their biggest customer," Parker stressed.

Earlier on Friday, a joint UK-EU report revealed that the first phase of Brexit talks brought progress in three important areas, including the UK-Irish border. The agreement stipulates there will be no hard border, though leaves unclear how an open border will be achieved. It also makes clear the whole of the United Kingdom, including Northern Ireland, will be leaving the customs union.

Will Luck of the Irish Come Back to Haunt UK PM After Brexit Deal?