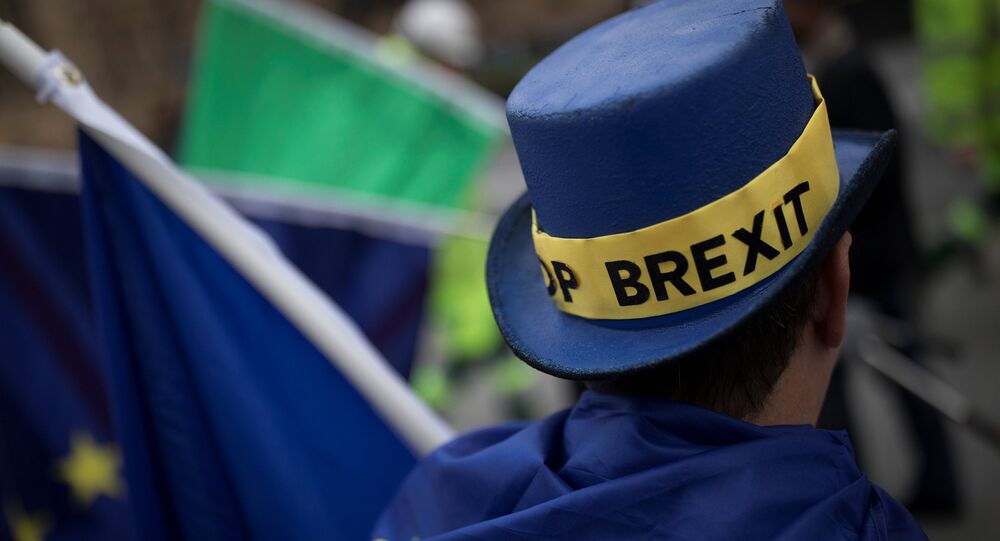 That Skeptic Isle: Brits Still Divided on Brexit, but Most Expect It to Go Badly

New polling conducted and led by Professor John Curtice of Strathclyde University published December 6 showed British society remains more or less even on whether the move to leave the European Union is the right one - but a clear majority are not optimistic about the result to the negotiations with Brussels.

The number of Britons expecting a bad outcome to the Brexit negotiations reached 52 percent in October compared to 37 percent at the beginning of 2017.

Those expecting a positive post-Brexit arrangement with EU now represent only 28 percent.

The study showed more than Brexit itself, the British public are critical of Prime Minister Theresa May’s handling of the process, with 61 percent believing she is managing the negotiations poorly.

Today, our Senior Fellow Prof John Curtice is releasing new research on #Brexit attitudes in parliament. Summary: not much optimism, but not many signs of a change of heart either @NatCen @whatukthinks pic.twitter.com/OYzUOX3Dxn

​Respondents didn’t display much positivity towards Brussels either, 57 percent took a negative view of the EU’s approach to Brexit, with 34 percent viewing 'fairly badly' and 23 percent 'very badly.'

When asked in October 2017 how they would vote in a hypothetical rerun of the referendum 53 percent said they would vote Remain with 47 percent who would have voted to Leave.

Observers on social media have become increasingly assertive that enough of the UK public support the holding of a second referendum, hoping it might stop the process.

Everyone take a deep breath and look at this map. It's not Brexit, it's Engxit. People of Scotland and NI (and London for that matter) you have to demand a second referendum. As for the DUP, if youse want to preserve the UK, pull the plug on May and force an election. pic.twitter.com/K2khd57EUF

What a shambles. Davidson lied, they have no idea, it's criminal and it's clear the country needs a second referendum on the final terms. Great Britain has finally been sunk by its own stupidity #Brexit pic.twitter.com/4sulfhc8kn

Nobody voted for this nation to take leave of its senses: the damage Brexit has done already has been enormous and we will all be paying for it for decades. @jeremycorbyn must now lead demands for a second referendum.

The proposal have inevitably invited angry responses from supporters of the Leave Campaign who assert the British public made their decision at the June 2016 referendum and it is undemocratic for the losing side to demand another vote until they get the result they wanted.

Nobody voted for this nation to take leave of its senses: the damage Brexit has done already has been enormous and we will all be paying for it for decades. @jeremycorbyn must now lead demands for a second referendum.

Watch @prwhittle question the Mayor on his views about a second Brexit referendum. We say NO! pic.twitter.com/4hNXFsaWcN

Not an 'Economic Models' Fan, UK Minister Admits to No Analysis of Brexit Impact

May's Pivot to Brussels: British PM to Appease Eurocrats to Get 'Any Brexit'