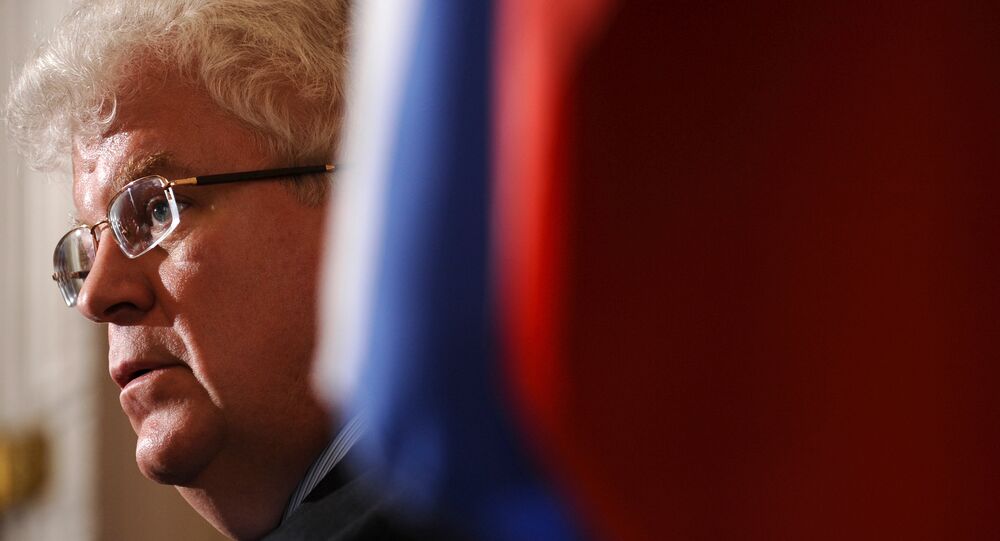 EU to Optimize Defense Industry for Its Own Manufacturers - Russian Envoy

Russia's envoy to the European Union commented on the recent situation with the European Permanent Structured Cooperation, which is aimed at the development of the defense capability and its accessibility for European military operations.

BRUSSELS (Sputnik) – The European Union will face some difficulties in trying to streamline its defense industry and reorient it toward the bloc’s manufacturers during the potential implementation of the Permanent Structured Cooperation (PESCO), Russian envoy to the European Union Vladimir Chizhov told Sputnik.

“I think they [the European Union] will continue doing what was de facto happening within the European Defense Agency. I am referring to the streamlining of the EU defense industry, because, as EU representatives say, the United States has two tank models, while the European Union has more than 20,” Chizhov said.

The Russian envoy predicted that the European Union would focus on the bloc’s manufacturers.

Moreover, Russian envoy to the European Union Vladimir Chizhov told Sputnik that the UK’s imminent departure from the European Union opens up new possibilities for the bloc in terms of defense cooperation within the Permanent Structured Cooperation (PESCO), which will provide a platform for creating strategies as well as staging defense and security operations.

“This, of course, will not be easy for the European Union, because some EU countries prefer to turn to other states for weapons, for example the United States, and even Russia for some,” Chizhov explained.

The potential implementation of the (PESCO) within the European Union may boost European investment in the bloc’s defense industry, Vladimir Chizhov said.

“It will be a great incentive if the money goes to the European companies, rather than across the ocean … We will see how it will be implemented. I think implementing PESCO will take some time,” Chizhov added.

On November 13, 23 EU member states, including Austria, Cyprus, Finland and Sweden, which are not part of NATO, signed a joint notification on PESCO, a project that would pave the way for joint military research and development projects, and joint activities in the sphere of defense and security. The final decision establishing PESCO may be made in December at the next Foreign Affairs Council.

The consolidation of the European defense industry has been discussed for some time now, with  some countries recently taking steps toward mergers in this sector. In September, Italy and France reached agreement to have Italian shipbuilder Fincantieri take control of STX France, a shipyard operator. Paris and Rome are also set to look at the possibility of creating a joint naval defense group, bringing together Fincantieri and France’s Naval Group.