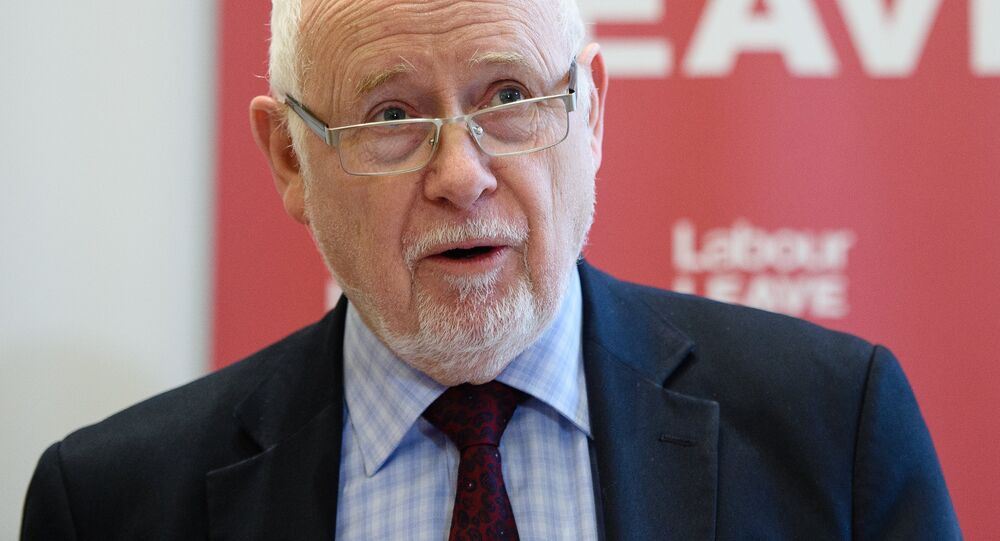 In a new twist to the sexual scandals unfolding in the UK, the Labour party has launched an investigation into sexual misconduct of its MP Kelvin Hopkins and has suspended the 76-year-old man over fresh evidence of "inappropriate text messages."

The allegations of sexual misconduct were put forward by 27-year-old activist Ava Etemadzadeh, who told the Daily Telegraph that during her encounter with Kelvin Hopkins at a Labor event at the University of Essex in 2014, he "hugged her very tightly and rubbed himself against her."

One year later, in February 2015, the MP invited her to parliament and she visited him. Hopkins, she said, asked her a number of personal questions, including whether she had a boyfriend. He then commented that he would have taken her to his office, had it been empty. His comment made her "feel uncomfortable," Etemadzadeh said.

© REUTERS / Phil Noble
Mr. Who? May Replaces Fallon as UK Defense Secretary With an Unknown Quantity
After her visit, the MP tried to call her several times, but she did not answer. This however did not stop Hopkins and he texted the young woman, apparently telling her that she is a "lovely young woman – attractive, intelligent, charming and sweet natured. A nice young man would be lucky to have you as a girlfriend and lover. I am sure one such is soon to be found. Were I to be young … but I am not. Always your friend, and if you ever need a friend you have my number … xxx,” the message said.

The 76-year-old MP has not commented on the issue.

His party however issued a statement saying that it "takes such complaints extremely seriously" and that it has suspended Hopkins from party membership while "an investigation takes place."

It was noted that the claims had already been brought to the attention of Labor’s then-chief whip Rosie Winterton two years ago. Ms Etemadzadeh told the newspaper that "she was angry that nothing appeared to have been done when she first came forward with the complaint."

The party is already investigating one of its senior members following allegations of sexual abuse.

© CC0
UK Minister Denies Sexual Harassment Allegations as 'False, Malicious'
Other high-profile cases of sexual misconduct include one against International Trade Minister Mark Garnier, who admitted to asking his assistant Caroline Edmondson to buy sex toys for him.

The most recent development is the resignation of the country's defense secretary Michael Fallon over his inappropriate  behavior with journalist Julia Hartley-Brewer in 2002.

Earlier this week, a trove of leaked materials put together by Conservative party aides suggested that at least 36 senior Tories have been accused of sexual misconduct.