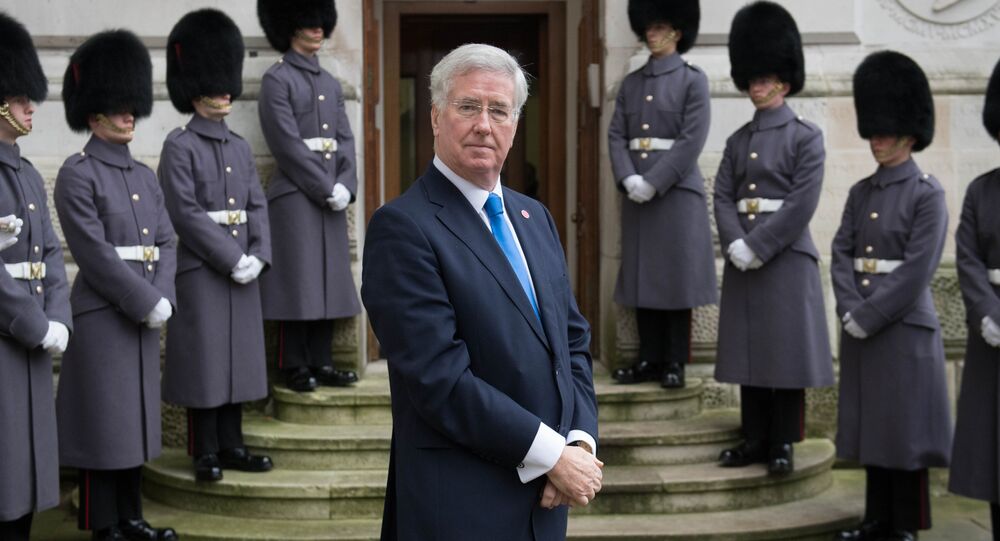 Fallon wrote in his resignation letter that his past behavior may have "fallen below" the standards expected from the armed forces.

​"A number of allegations have surfaced about MPs in recent days including some about my previous conduct," Fallon's resignation letter reads. "Many of these have been false but I accept that in the past I have fallen below the high standards we require of the armed forces that I have the honour to represent."

"I have reflected on my position and I am therefore resigning as Defence Secretary," the letter added.

Accusations first came to light after the official admitted to touching a female journalist's knee in 2002. The journalist, Julia Hartley-Brewer, did not name Fallon when she recounted the incident.

Earlier this week, Fallon apologized for behaving inappropriately toward Hartley-Brewer.

Prime Minister Theresa May later responded to Fallon's resignation letter by saying she appreciated the example he was setting for service members.

"I appreciate the characteristically serious manner in which you have considered your position, and the particular example you wish to set to servicemen and women and others," May wrote, according to the Independent.

According to Reuters, May previously said action would be taken against any official if allegations and evidence of sexual misconduct were to appear.

"I am very clear that we will take action against those where there are allegations that we see, and the evidence is there, that there has been misconduct," she told lawmakers.