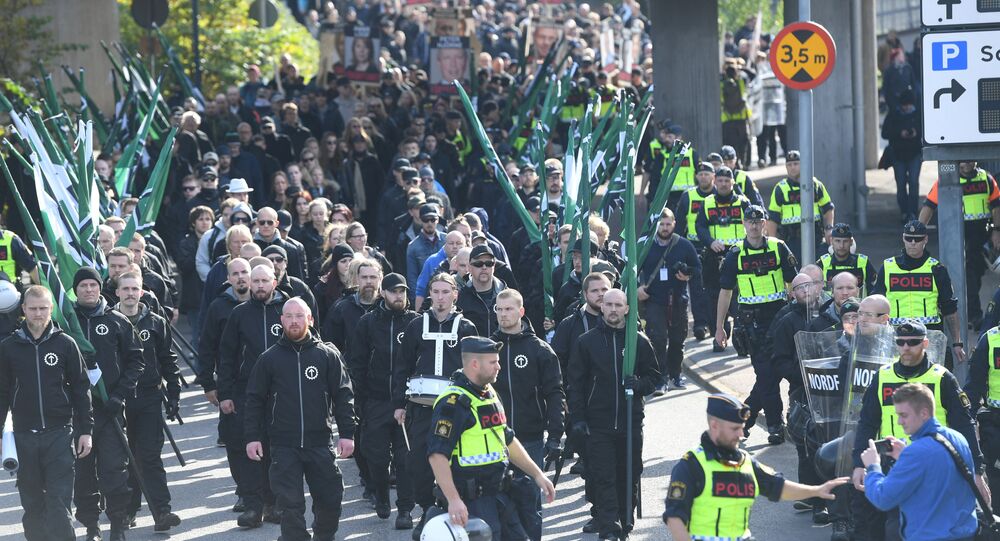 Neo-Nazis and anti-fascists fought with police in Gothenburg, Sweden, during a sanctioned march on Saturday.

Dozens have been arrested according to reports, as the Nordic Resistance Movement (NMR) extremist right-wing group legally marched on Saturday in the southwestern coastal Swedish city.

Hundreds of NMR supporters in black-shirts and heavy black boots marched on Saturday, as membership in a Nazi organization remains legal in Sweden.

Police and NMR members carrying shields clashed after marchers sought to take a route different than what had been planned, resulting in the arrests — including that of the NMR group‘s leader — according to city officials.

Police in Gothenburg documented the arrests of at least 22 people, and noted that one police officer was injured slightly.

Police in the city, anticipating violence, called in extra officers from districts around the country, adding some 350 jail beds in a police garage, according to Reuters.

NMR, an extremist Swedish white supremacist group, claims that it is "national socialist," in reference to Nazi party doctrine, and seeks to stem migration into the Scandinavian country while fighting what they claim to be a "global Zionist elite," according to the BBC.

Sticking It To The Man: ‘No Fascist USA' Protesters Trash Confederate Monument