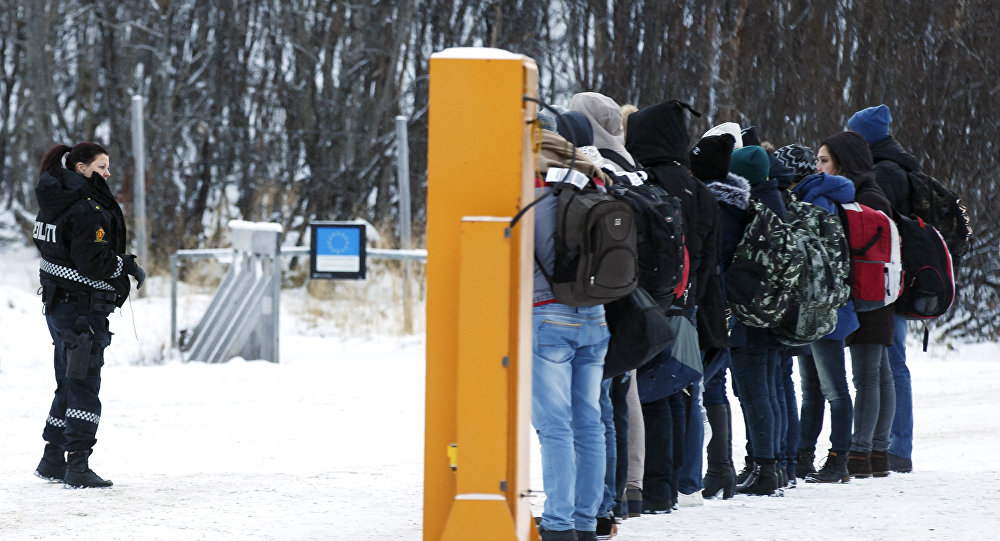 The Norwegian government claims to have reached millions of potential asylum seekers with its international awareness campaign. Depicting the local population as xenophobes was one of the tools used.

According to the Norwegian Justice Ministry's own figures, pages with targeted messages and documentary films persuading potential refugees to stay at home have attracted 11.5 million visitors with the footage being viewed 21 million times. The government-funded campaign still rolls on in English, French, Tigrinya, Dari and Pashto, the Norwegian daily Klassekampen reported.

According to Jan Paul Brekke, a senior researcher at the Norwegian Institute for Social Research, this is the first time the government is communicating directly with potential asylum seekers via social media. The documentary used in the campaign featured dramatic images from the route in Europe used by human smugglers, while a voiceover narrates that many have lost or ended up being exploited on the road. The main message is that if you seek asylum in Norway with the sole goal of becoming better off financially, you are unlikely to obtain a residence permit.

© AFP 2019 / SHAH MARAI
Against the Current: 'Persecuted' Norwegian Muslims Fleeing to Islamic Nations
At the height of the migrant crisis, the Norwegian government started an international campaign aimed at stopping the influx by discouraging potential asylum seekers from perilous journeys to Northern Europe at the risk of being deported.

Additionally, unambiguous comic strips were disseminated in Somalia with the same message. In the comic strip, Hassan applies for asylum in Norway, but gets subjected to everyday racism, exploited at the labor market, refused healthcare and freezes in the severe Norwegian winter. In the end, he returns to Somalia. The 95-page booklet in Somali was printed in 2014 and 2015 with 48,000 copies distributed among students in eight Somali cities.

The cartoons about Hassan's hardships were studied by sociologist Stine Sandnes in her master's thesis. Sandnes revealed that the plot of the comic was designed by Somali staff at the International Organization for Migration (IOM) in Nairobi, Kenya. Subsequently, it was sent to a painter in Somalia who provided the illustrations. In addition to the cartoons and posters, documentary films and talk shows were aired on Somali TV to the tune of 4 million NOK ($500,000). Although the Norwegian authorities neither provided any ideological guidance, nor formally approved of the final result, Sandnes argued that it was obvious that the aim of the campaign was to discourage Somalis from seeking asylum in Norway.

"I believe it's a scare campaign started because they don't want Somalis in Norway," Sandnes told Klassekampen, stressing the fact that the campaign was started simultaneously with yet another toughening of immigration laws.

"This was unpleasant to read. It is pure scaremongering. It appears that Norway is not interested in receiving refugees," Tor Jørgensen said. According to him, it's worthwhile to spread the message that Norway does not give out residence permits to economic migrants, while its commitment to protect refugees must be somehow stressed.

Somalia is one of the countries the Norwegian authorities are having trouble returning people to due to a lack of a return agreement with the African nation.

Earlier this week, EU immigration commissioner Dimitris Avramopoulos urged Norway to take in more migrants from Africa under the bloc's migrant redistribution scheme. In his letter to Norwegian Immigration Minister Sylvi Listhaug, he asked Norway to be "as ambitious as possible" in its asylum policy. The demand came after the United Nations Refugee Agency (UNHCR) requested the EU to help redistribute 40,000 migrants from Africa, the Norwegian daily Dagbladet reported.