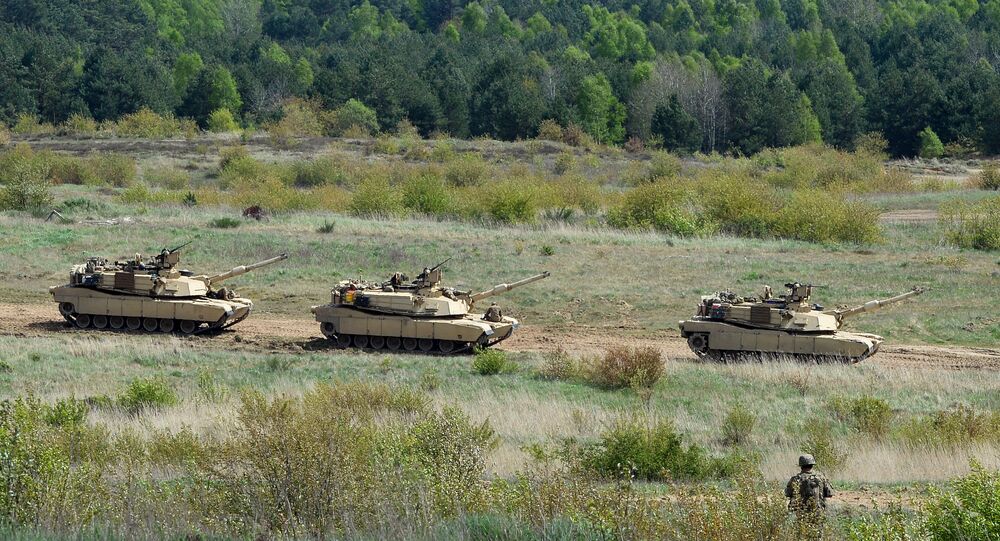 Casualties of War: Collision in Poland Damages 10 US Tanks and Railway Station

According to media reports, a train station and 10 US army tanks were damaged while the latter were being transported by rail in Poland.

WARSAW (Sputnik) – A train station and 10 US army tanks were damaged while the military vehicles were being transported by rail in Poland, local media reported on Tuesday.

The FM radio station RMF  reported that the vehicles failed to clear the awning of a train station near the city of Torun while being transported from Gdansk to a military range in Zagan. As a result of the incident, 10 out 37 tanks, as well as the awning were damaged.

In Poland during transportation by rail has damaged the ten tanks of the US army https://t.co/FVneRVZrJ7 #news #weapons pic.twitter.com/sQ0GKSgaom

​Local police confirmed that the tanks belonged to the US army. The police also reportedly examined the condition of the train's crew, who were found to be sober.

The North Atlantic Treaty Organization (NATO) is currently conducting Operation Atlantic Resolve in Poland. The operation is aimed at boosting the alliance's military presence in the Eastern European states. It entails the deployment of some 3,500 US troops as well as aircraft and heavy equipment.

Since the outbreak of the Ukrainian crisis in 2014, NATO has been boosting its military presence in Europe, particularly in Eastern Europe, citing Russia's alleged interference in the conflict as justification for the move. Following the NATO summit in July 2016, the alliance decided to deploy four multinational battalions to Estonia, Latvia, Lithuania and Poland.