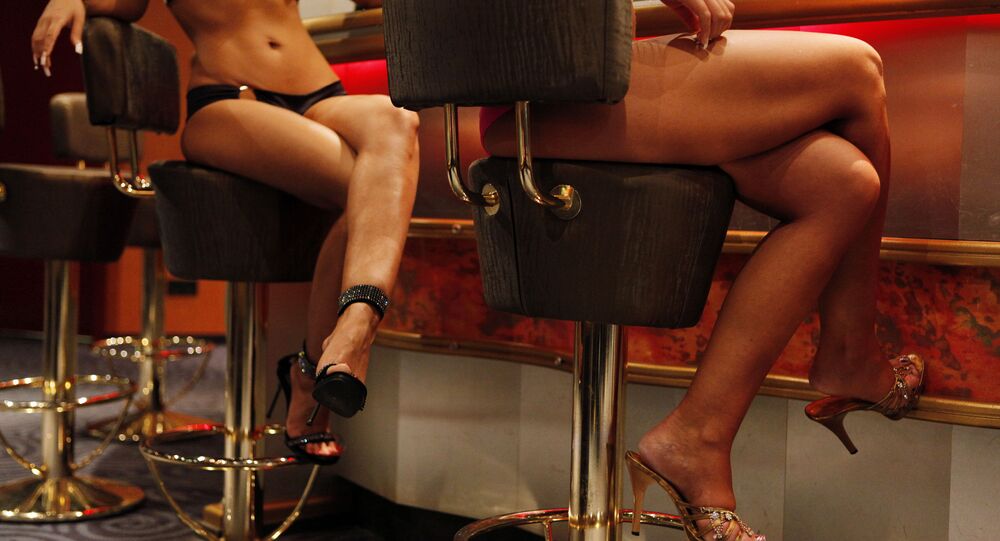 Germany's Federal Association of Sex Services (BSD) has come up with a new system of quality control for brothels, which aims to help prostitutes and clients alike to make more informed choices.

"There are quality seals in a lot of sectors," Stephanie Klee, co-founder and spokeswoman of BSD, explained in an interview with Sputnik Deutschland.

© CC BY-SA 3.0 / Immanuel Giel / Herxheim am Berg 05.JPG
For Whom the Hitler Bell Rings: German Town Defies Campaign to Silence 80-Year-Old Chimes
"You know the TUEV (Technical Inspection Association), you know the stars from the hotel industry. This is comparable with that. The quality seal, through the number of crowns, says something about the quality of the brothels to the customer, the public and the authorities."

"When women see the quality seal, they think 'this is a seriously managed house,' in which they can freely pursue their activities, where they don't have to fear influence on their business or other disturbances. Through the seal, the women have the opportunity to reject a customer. A new system of managing complaints is also set up," Klee said.

Brothels who apply for the quality seal have to fill in a questionnaire and adhere to a set of standards. A brothel wanting to join the scheme must "clearly position itself and run its operation seriously," the spokeswomen added.

"We use the questionnaire to check the transparency of the ownership, who owns the house. There are hygiene standards. We check whether there are separate toilets for women and customers, whether there are lockable cabinets for women. The minimum standards of the new Prostitution Protection Act of 1 July 2017 are being tested."

© CC0 / Pixabay
UK Gov't Should Place 'Upskirting' Criminals on Sex Offenders List - Campaigner
Last week, the BSD issued its first quality seal to the "Herz Ass" (Hot Ass) brothel in Rosenheim, Bavaria. The quality seal takes the form of crowns, and a brothel can earn up to six.

"That is the highest. It requires not only transparency and the minimum standards, but even more things in the houses: a hot tub, offers of food and drinks, certain events, higher-quality equipment. So, just what you would expect from a hotel."

The X-Carree brothel in Halle, Saxony-Anhalt, is a candidate for the quality seal. Its owner Robert Frickinger told Sputnik that his establishment supports the BSD and its drive to improve standards.

"I can't say anything about this [getting the seal], it's all still up in the air. But I think the BSD quality seal will benefit our girls."

"We have been part of the BSD organization from the beginning, we were one of the first houses in the association. We have always strived to improve the working conditions for the girls. After all, we live off our girls."

© Photo : Pixabay
Wait, What? Germany Mulls Issuing 'Seal of Approval' for All Brothels
Frickinger took over the management of the brothel from his late wife.

"My wife was an insurance broker. She always emphasized, and also from a commercial point of view, that it is important that the women are doing well, not just our guests. We only rent out the rooms, we do not monitor our women."

"The quality seal can't work because only very few brothels are organized in the BSD," Beretin told Sputnik.

"In addition, our association introduced similar standards for our member businesses twelve years ago. The entry fees that we charge from our customers include, for example, a monthly health check for our women."

Klee claims the criticism is "misleading," since just ten percent of brothels in Germany are members of a professional organization in any case. She argued that her association is trying to tackle the problem of a lack of representation.

"This is a major problem in the prostitution industry. We are much too little organized. Brothels, sex workers and even customers think too little about a representation of their interests, because politics doesn't take them seriously," she said.