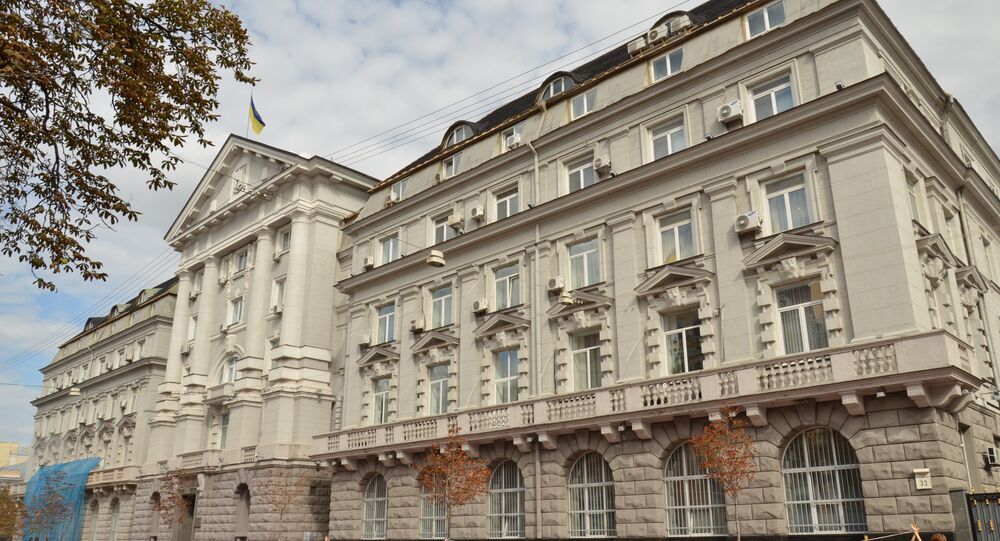 After abducting a reporter of a major Russian TV channel, the Ukrainian Security Service said that the journalist will be deported from the country.

KIEV (Sputnik) – A reporter of Russian Channel One, Anna Kurbatova, will be forcibly deported from Ukraine, the Ukrainian Security Service said Wednesday.

"Russian propagandist Anna Kurbatova will be forcibly returned to Russia. Ukraine is a law-governed state, its law enforcement bodies are acting accordingly to the current legislation. At present, the preparation of the documents for her official deportation is underway. This is what will happen to anyone who allows themselves to shame Ukraine," spokeswoman Olena Gitlyanska said on Facebook.

"Kurbatova will be deported from Ukraine’s territory with a ban to enter over anti-Ukrainian activities," an adviser to the Ukrainian Interior Minister, Zoryan Shkyryak, said later in the day.

Later in the day, the Ukrainian Security Service said that Kurbatova will be banned from entering to the country for three years over allegedly "harming Ukraine's national interests."

"Anna Kurbatova, who was forcibly expelled from Ukraine, has crossed the Ukrainian-Russian border, her entry into the territory of our state has been banned for three years," SBU spokeswoman Olena Gitlyanska said.

Earlier in the day, the Russian journalist was kidnapped in Kiev. She is reportedly accused of "manipulating publicly important information and participation in anti-Ukrainian propaganda" when reporting from a military parade in Kiev, dedicated to Ukraine's Independence Day last week.

© CC BY 2.0 / Victor
Ukraine Court Arrests Journalist Suspected of Treason, Prompting Moscow's Criticism
According to Channel One, Kurbatova "was abducted by unknown people near her house, put in a car and taken away."

The Russian reporter's abduction and upcoming deportation comes just a day after the Security Service of Ukraine (SBU) expelled two Spanish journalists it accuses of having anti-Kiev bias.