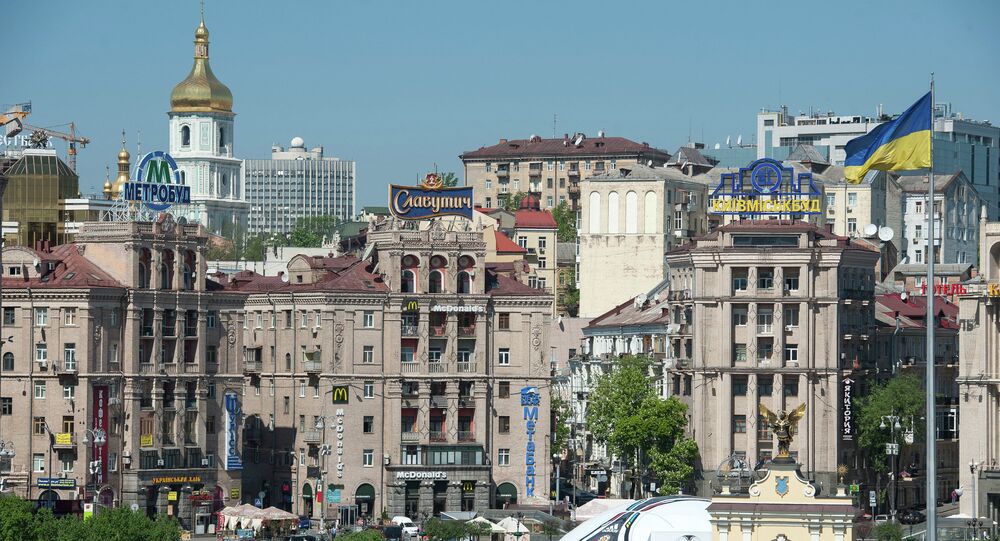 A reporter of Russia's major TV channel has been abducted in Ukraine.

Anna Kurbatova, a reporter with Russia’s Channel One, was kidnapped in the Ukrainian capital of Kiev on Wednesday, the channel’s press service told Sputnik.

"We confirm [this information]," the channel said.

The Russian journalist is reportedly accused of "manipulating publicly important information and participation in anti-Ukrainian propaganda" when reporting from a military parade in Kiev, dedicated to Ukraine's Independence Day last week.

Channel One said that Kurbatova may have been detained by Ukraine's Security Service.

"Anna Kurbatova is kidnapped in the center of Kiev and we can not contact her. Our colleague was abducted by unknown people near her house, put in a car and taken away. According to our information, the officers of the [Ukrainian] Security Service detained Anna Kurbatova," the channel said.

The Russian embassy in Ukraine told Sputnik it had sent requests to Ukrainian law enforcement bodies and a note to the Ukrainian Foreign Ministry with a demand to take urgent steps over reports of a disappearance of the journalist in Kiev.

"Due to the dissemination in the media of reports that Channel One correspondent Kurbatova was kidnapped in Kiev, the embassy sent urgent requests to Ukrainian law enforcement bodies and a note to the Ukrainian Foreign Ministry with a request to take urgent measures to establish the circumstances of what happened and to free the Russian journalist," the embassy said.

In its turn, the Kremlin spokesperson, Dmitry Peskov, said that Moscow is currently clarifying the situation with regard to the abduction of a Russian reporter in Ukraine.

© Flickr / SerenityRose
Committee to Protect Journalists Condemns Ukraine for Oppressing Media
The SBU told the Ukrayinska Pravda newspaper that "everything is in line with the law." Further details were not disclosed.

The event comes just a day after the Security Service of Ukraine (SBU) expelled two Spanish journalists it accuses of having anti-Kiev bias.