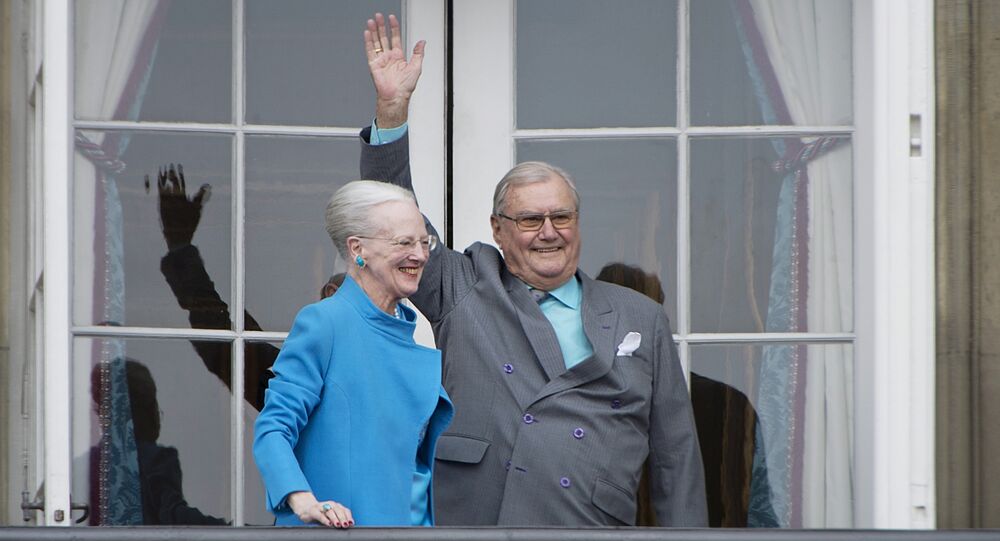 The husband of Queen Margrethe II of Denmark has thrown a hissy fit and is refusing to be buried next to her. Prince Henrik, who is 83, has been nursing a grudge for half a century about his status and always wanted to be known as the King.

But he was never upgraded from Prince Consort to King Consort and it is clearly a grudge that he intends to take to the grave… literally.

Prince Henrik's attitude contrasts sharply with Britain, where Prince Philip has never appeared unduly bothered by the fact that he was not the King despite being married to the Queen.

Yesterday we celebrated Prince Philip and the amazing role he has hand and today we were reminded of another side by Prince Henrik.

Henrik, 83, married Queen Margrethe in 1967 and was later named prince consort but he has harbored a grievance about not being treated as his wife's equal.

His resentment simmered away as he looked across the Skaggerak at Norway, where King Harald's wife is known as Queen Sonja and Sweden, where King Carl XVI Gustaf's wife is also called Queen Silvia.

In a 2015 television interview, Prince Henrik vented his spleen.

"All the queens in the history of the world have made their husbands king consort. Why should I be under my wife?" he raged.

"It is no secret that the prince for many years has been unhappy with his role and the title he has been awarded in the Danish monarchy. This discontent has grown more and more in recent years," Lene Balleby, a spokesman for the Amalienborg Palace told a Danish newspaper in a remarkably candid interview.

"For the prince, the decision not to buried beside the queen is the natural consequence of not having been treated equally to his spouse — by not having the title and role he has desired," said Ms. Balleby, who said Queen Margrethe has accepted his decision.

There would have been a place next to the 77-year-old monarch in a sarcophagus in Roskilde Cathedral.

But instead he looks like he may be buried in his native France.

Prince Henrik, who was born Henri Laborde de Monpezat and met his wife in London in the 1960s while working as a diplomat, retired from his royal duties last year and has spent most of his time since then in the vineyard he owns in France.

But apparently there is no question of him divorcing his wife.

European royal families all have different rules but there is a widespread protocol that when a man is on the throne he is known as the King and his wife is the Queen, but when a female is the monarch she is known as the Queen but her partner is only a Prince.

This is the case not only in Denmark and Britain but also in the Netherlands, where Queen Beatrix, who ruled between 1980 and her abdication in 2013, was married to Prince Claus, a German prince and a former member of the Hitler Youth.

Queen Margrethe has reigned over the Danes since 1972 and her heir is 49-year-old Crown Prince Frederik.

Last year she raised eyebrows when she appeared to be criticizing multiculturalism and a pan-European identity in a speech.