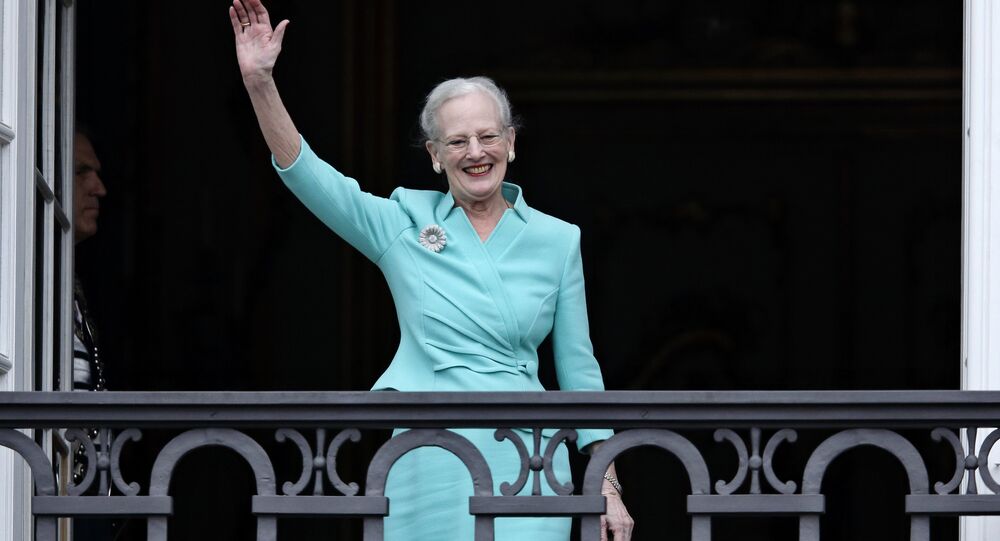 With the world becoming increasingly globalized and Nordic countries being among the most ardent promotors of multiculturalism and ethnic diversity, the Queen of Denmark has made her compatriots raise an eyebrow by stating a view which contradicts that of the pan-European rhetoric.

© AFP 2020 / ARNE DEDERT / DPA
Denmark to Become 'Magnet for Child Brides' After Amazing U-turn
Throughout her reign, which spans over four decades, 76-year-old Margrethe II has seldom given interviews and has made a point of not discussing politics. All the more reason why her interview with German magazine Der Spiegel ahead of her weekend trip to attend the renovated Castle Church in the town of Wittenberg, where Martin Luther proclaimed the start of the Protestant reformation, drew Danes' attention.

"I would not say we are a multicultural country, but more people with different roots live here now who have different roots, backgrounds and religions, more than 30 years ago," Margrethe II told Der Spiegel. "This also applies to religions. Under the constitution, as the Danish queen I am bound to the Lutheran faith, but that does not exclude people of other faiths. On the contrary, I believe that the fact that I am religious brings me closer to anyone with a different faith. Besides, I represent all people who are citizens of the Danish nation," she continued.

The Queen of Denmark also voiced skepticism about the emergence of a pan-European identity.

#QueenMargrethe attended the reopening ceremony of the All Saints' Church on Sunday in Wittenberg #Germany. #Denmark #DanishRoyals pic.twitter.com/7hDg4rBPF6

​"I believe that all the euphoria about Europe has led many of us to forget that Europe is a conglomerate of different entities and countries. But if you don't love your own entity, if you don't know your roots and can no longer relate to them, you will also have problems with the rest of Europe. A tree without roots will fall over, whereas a tree with roots eventually becomes part of a forest. I believe that many people have forgotten their roots," Margrethe II told Der Spiegel.

© Flickr / Sara Löwgren
Reverse Discrimination? Blonde Bashers Denigrate Swedes in Their Own Country
Margrethe II's somewhat surprising statement contrasted with the recent widely-praised speech by King Harald V of Norway, in which he addressed the debate about immigration by praising diversity and acceptance. In his September speech, which won accolades across Scandinavia, Harald V expressed his opinion about the "changing of face" in his country, voicing support for diversity and acceptance.

"Norwegians come from the north of the country, from the middle, from the south and all the other regions. Norwegians are also immigrants from Afghanistan, Pakistan, Poland, Sweden, Somalia and Syria," King Harald said.

​"Norwegians believe in God, Allah, everything and nothing," he added.

© Flickr / Bo Nielsen
Just Can't Get Enough? "Too Many Muslims" Danish Party Says
​Margrethe II's statement might fuel the national debate about what exactly makes somebody a Dane, which flared up after a TV debate. The issue gained momentum after the anti-immigrant Danish People's Party spokesman Martin Henriksen refrained from commenting on whether or not an 18-year-old participant who was born in Denmark, had attended state schools and spoke fluent Danish, actually was a Dane.

"You can't just bring the entire world to Denmark and call their children Danish," Henriksen said about Jens Philip Yazsani, whose mother is Danish and father is Iranian. According to Henriksen, such a "trivialization" of the debate was an insult of generations who "built up this country."

According to Jens Philip Yazsani, who involuntarily sparked a national debate, living in Denmark, feeling Danish and being Danish "in spirit" was the obvious criteria, Danish newspaper Politiko reported.

At present, up to 10 percent of the Danish population consists of immigrants, excluding Danish-born descendants of immigrant parents.