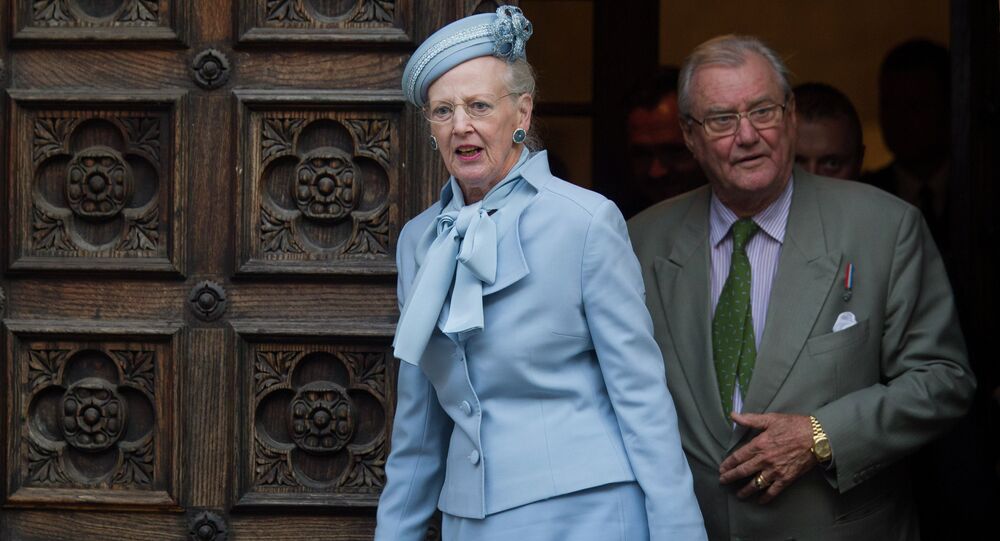 In a royal Danish real-life drama which the Bard of Avon might have deemed more comedic than tragic, Prince Consort Henrik feels that he is not on the same level as his wife, the Queen, and that he must be dubbed 'King Consort'.

© AP Photo / Daniel Ochoa de Olza, File
Former King of Spain Appeals Against Paternity Lawsuit
Something is rotten in the state of Denmark, at least according to Henrik, its Prince Consort and the husband of Queen Margrethe II. Prince Consort Henrik says he will never accept that he is treated “under his wife”; he wants to be her equal and called King Consort, not Prince.

Prince Henrik, the spouse of Queen Margrethe II of Denmark, has complained that the Danes refuse to recognize him as equal to his wife.

“I have always said that I should be a partner, but I am not considered as a partner because I’m not on the same level as my wife, which is completely ununderstandable,” Henrik said in an interview with the Dutch public television network NOS TV.

“All the queens in the history of the world have made their husbands king consort. Why should I be under my wife?” he questioned.

Prince Henrik was actually referring to his title – Prince Consort, a position given in some monarchies to the husband of a reigning queen. However, he wants it to be changed to King Consort.

“Why suddenly [do] you have to copy an exception made by England 200 years ago? Why should Denmark copy England and not copy Spain or Scotland?” he added.

Prince Henrik was referring to Prince Albert, who is the only spouse of a British queen to have held the title. It was awarded to him in 1857 by his wife, Queen Victoria (reigned 1837–1901).

In 2005, Prince Henrik was awarded the same title.

© AP Photo / Rebecca Blackwell
Spanish King Cuts Own Salary
This is not the first time that Prince Consort Henrik has aired this complaint.

In 2002, when Margrethe was too ill to greet guests at a New Year’s event, the Royal House opted to have Crown Prince Frederik act as host. Henrik, upset about being upstaged by his own son, vocally complained that he wasn't allowed to receive guests in "his own home."

Henrik even left the country for his native France then, to “have some time to think.”

The 80-year-old Prince Henrik has long been said to be the center of jokes amongst many Danes who rib him for his Danish, which they say he speaks with a thick French accent.