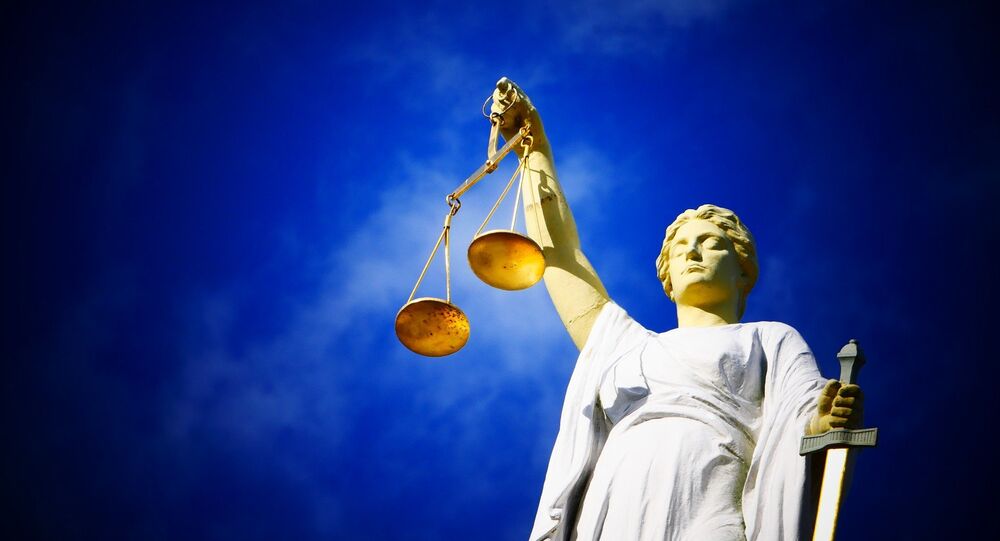 A report into the collapse of the most expensive trial in British criminal history has concluded there was no "wickedness" involved. Eight police officers from South Wales were put on trial for their involvement in the botched investigation into a Cardiff prostitute, which led to three men being wrongly convicted of her murder.

But a Home Office-commissioned report into the trial of Graham Mouncher and seven others has blamed "human error."

​On Valentine's Day 1988 Lynette White, a 20-year-old prostitute, was stabbed to death in her flat above a betting shop in the Tiger Bay red light district of the Welsh capital.

Five men were arrested and three of them — Miss White's boyfriend Stephen Miller, as well as Tony Paris and Yusef Abdullahi — were convicted of her murder in 1990. They were jailed for life but were later cleared on appeal.

Mr. Miller had admitted to police he was present with four others when Miss White was murdered, but he later claimed the confession had been bullied out of him and he had been willing to say anything to get out of the city's Butetown police station.

The case became known as the Cardiff Three case — ironically another miscarriage of justice in the city was nicknamed the Cardiff Newsagent Three — and demands for a public inquiry gathered pace in 2003 when the real killer, Jeffrey Gafoor, 38, was jailed for life after pleading guilty to murder.

Tomorrow is the 30th Anniversary of the wrongful conviction of the Cardiff Newsagent Three. A day I will never forget.

​Michael O'Brien, who was one of the Cardiff Newsagent Three and spent 11 years in jail for a crime he did not commit, said he was not happy with the outcome of Mr. Horwell's report.

"I feel there should be a public inquiry into this case and all the other miscarriage of justice cases in Wales. There has been no accountability for the wrong doing in this case and that in itself is a travesty of justice," Mr. O'Brien told Sputnik.

Gafoor, a security guard, had been brought to the police's attention when they matched DNA evidence to a relative of his who had not even been born at the time of the murder.

In 2011, former Chief Inspector Graham Mouncher and seven other police officers were put on trial at Swansea Crown Court for allegedly perverting the course of justice.

​But the trial, which had cost an estimated £30 million (US$39 million) collapsed after vital documents went missing.

They were eventually found months later in a storage unit but by then the trial had been scrapped.

A highly respected lawyer, Richard Horwell QC, was given the task of investigating what went wrong with the case.

"The conclusion that there was no bad faith or malice in what led to the collapse of the trial, either amongst the police officers or the prosecution lawyers, is the most important conclusion of all because much flows from it," writes Mr. Horwell.

"This was an investigation and a prosecution in which much went wrong and from which lessons must be learnt. The inevitable question is could it happen again?

"I am satisfied, for the reasons expressed in chapter 20, that the prospect of similar errors being repeated to the extent they were in Mouncher is now less, but errors of judgment can never be eliminated," concluded Mr. Horwell.

HMIC disclosure report is bleak. 22% of schedules "wholly inadequate" amongst "a culture of defeated acceptance". https://t.co/XaU9eDb2OJ

​Kate Maynard, a solicitor who had represented Mr. Abdullahi and Mr. Paris, said there had clearly been a huge failure by South Wales Police.

"This was a monumental error, and a false economy that lead to the collapse of a £30 million ($39 million) prosecution," she said this week.

"The reality is that chronic errors in disclosure right across the criminal justice system is undermining prosecutions to the detriment of all. HM Inspectorate of Constabulary reported today that 22 per cent of evidence schedules are ‘wholly inadequate'. Hopefully, this exposure of very high-profile failure will reinvigorate calls for real reform," she added.

Mr. Horwell's report made 14 recommendations for the police and three for the Crown Prosecution Service in an attempt to improve the process of disclosure of evidence.

US Declines Further Prosecution in Fatal Police Shooting After Mistrial