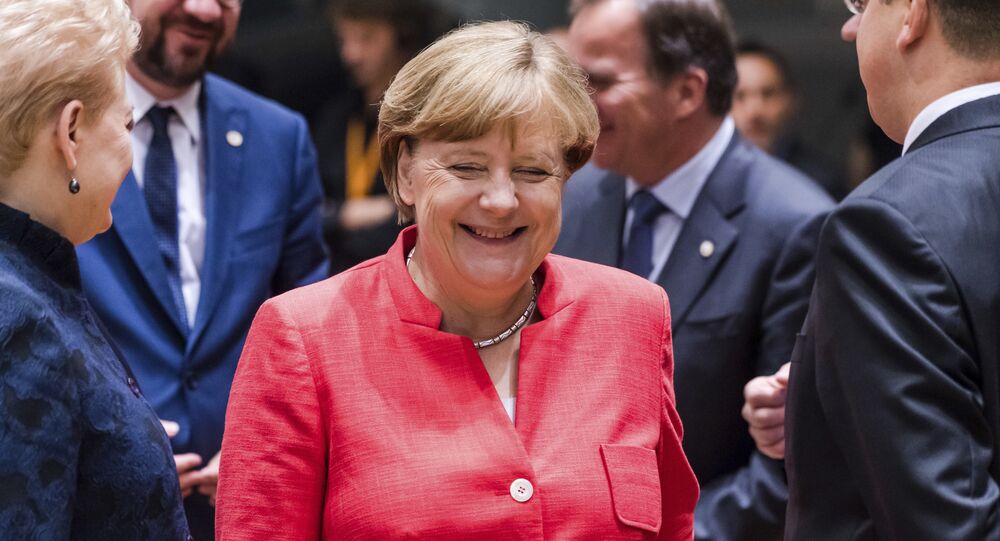 Angela Merkel has let down her guard during a rare conversation with a women's publication, stating "curiosity and happiness" are key to success.

Germany's chancellor Angela Merkel has revealed a gentler side to her character during an interview in Berlin with German women's magazine Brigitte. In the personal profile she stated that she looks forward to getting more sleep and that she laughs at least once a day.

Merkel, who famously does not use Twitter, but follows the regular tweets of US President Donald Trump, also revealed some of the tougher aspects of political life and in particular the European Union's relationship with the USA.

Man shot inside Paris police station. Just announced that terror threat is at highest level. Germany is a total mess-big crime. GET SMART!

She took the opportunity to state that former US President Barack Obama had told her strong US support for the EU was not going to continue forever.

"As Europeans it's our task to take responsibility, and no longer completely rely on the US," Merkel said in her interview which was broadcast live from the German capital on social media.

Merkel, whose Christian Democrats are facing a national election in September, and are leading opinion polls, said that her upcoming manifesto is set to outline "all topics that you would expect from the party."

She has often been the public face for many of her nation's policies, including a controversial decision to allow hundreds of thousands of refugees to seek asylum in Germany.

Merkel, who joins a growing number of women occupying top-ranking political posts, including the UK's Prime Minister Theresa May, ranked key traits she felt were essential to success:

"The most important qualities in politics are curiosity and happiness… Humor is important in politics. I laugh at least once every day, otherwise I cannot do this job."

© AFP 2020 / Sven Hoppe / dpa
German Chancellor Angela Merkel holds a glass of beer as she attends an election campaign event of the Christian Social Union (CSU), Bavarian sister party of her conservative Christian Democratic Union (CDU), in a beer tent at the Truderinger Festwoche fair in Munich, southern Germany, on May 28, 2017.
While she did not elaborate when asked about her upcoming plans post-Chancellorship she did reveal that she would enjoy more sleep. She also stated that her leisure time was critical:

"[I would] never allow people to take away my holiday from me."

I’m Bordeaux of International Politics: World Leaders and How They Kick Back