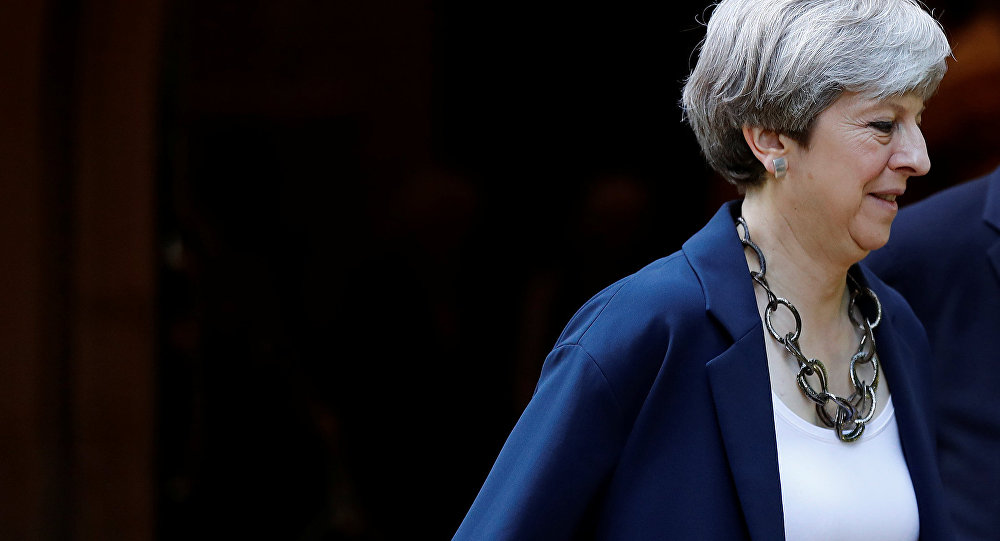 UK Prime Minister Theresa May is having talks with Arlene Foster, the leader of the Northern Ireland Democratic Unionist Party (DUP) is a right-wing unionist political founded by the Protestant fundamentalist leader Ian Paisley.

May desperately needs the support of the ten members of the DUP who won seats at Westminster in the snap election she called, June 8, in which — far from increasing her majority — she lost it and now requires the support of the unionists in Northern Ireland.

However, she is facing criticism on two fronts: first, that the DUP has policies which are at odds with May's Conservative party and second, that such an alliance would imperil the Northern Ireland devolved government, which has been unable to form since January.

On the policy issues, the DUP is anti-abortion, opposes LGBT rights and has vetoed same-sex marriage, and have called for creationism — that life on earth was based on divine intervention, shunning Darwinism — to be taught in schools.

That has brought criticism from within the Conservative Party — not least from its Scottish leader Ruth Davidson, who is gay and who has called on May to confront Foster on her LGBT policies.

Good to catch up with the team at Parliament. 292,316 votes. Thank you. pic.twitter.com/rCJ9dWgPsE

​But the DUP also holds another trump card. Although it campaigned for Brexit, it is aware that more than 50 percent of Northern Ireland citizens voted to remain in the EU referendum, June 23, 2016. As such, Foster will be arguing for a "soft" Brexit maintaining the open border with the Republic of Ireland, whereas May had been pushing for a "hard" Brexit.

But the major stumbling block for Theresa May will be unlikely to be over support for her in parliament, as she is likely to fudge some sort of compromise on that. Her major problem is that the DUP is at loggerheads with the nationalist Sinn Fein party.

Both have failed to reach an agreement to form an executive administration of the devolved government in Northern Ireland. They have been at odds ever since the resignation of Sinn Fein's Martin McGuinness as deputy First Minister, amid a row over a botched green energy scheme overseen by Foster.

Under the terms of the Belfast Agreement — which brought to an end decades of violence in Northern Ireland and established the current democratic system in the province — both the DUP and Sinn Fein have to form a coalition, but tensions between the two have led to a stalemate and no executive has been formed.

Gerry Adams: 'The UK Govt have never been honest with us' pic.twitter.com/XB4LzOj6BX

​Unless agreement is reached — and there is a new deadline of the end of June — in theory, direct rule from London must be imposed. The British government has made clear it does not intend to do so, but the threat is palpable, giving rise to fears that the whole peace process will break down.

May now stands accused of throwing the peace process into jeopardy by forming an alliance with the DUP at a time when London and Dublin are supposed to be neutral in finding a way to break the impasse of the forming of a Northern Ireland Executive.