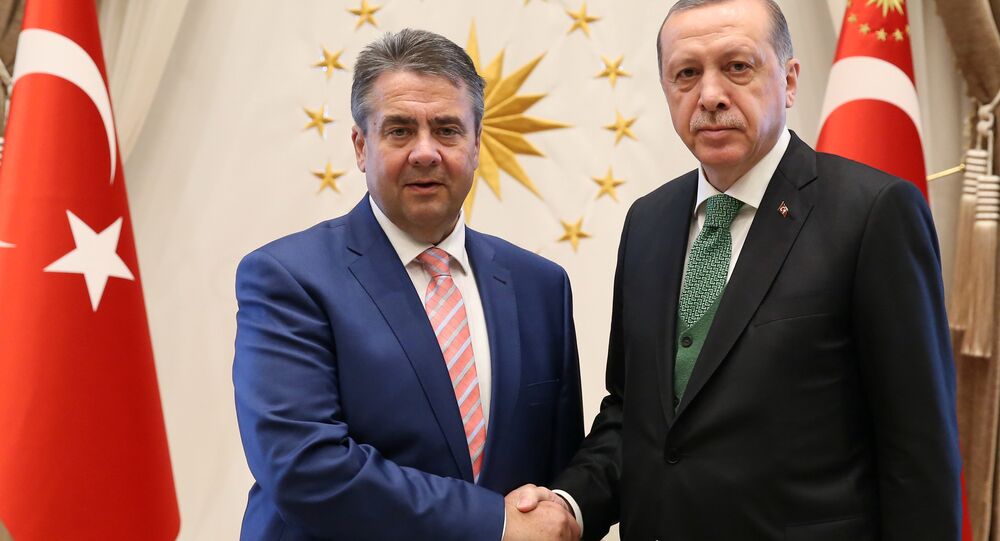 German Foreign Minister Sigmar Gabriel has flown to Ankara, June 5, in an effort to ease tensions between Turkey and Germany, specifically calling on the Turkish government to allow German lawmakers access to the NATO airbase at Incirlik.

© REUTERS / Max Rossi
Germany Accuses Turkey of 'Entry Ban' in Latest Spat Between Ankara and Berlin
Both Germany and Turkey are NATO members and German military staff and aircraft are based at the huge airbase at Incirlik in southern Turkey. However, Ankara and Berlin have fallen out after German lawmakers were not allowed access to German staff at the airbase.

The original refusal came after the German parliamentary passed a resolution declaring the 1915 massacre of Armenians by Ottoman forces "genocide," which Turkey denies. The latest refusal follows the granting of asylum in Germany to a number of Turkish military staff who fear arrest in Turkey for allegedly supporting the failed military coup there, July 2016.

Germany is also demanding the release of Deniz Yucel, a German-Turkish journalist working for Die Welt newspaper. He was arrested and detained on charges of supporting a terrorist organization and inciting public violence.

He is one of six German citizens detained in the crackdown on followers of exiled Turkish cleric Fethullah Gulen, now living in the US, who Turkish President Recep Tayyip Erdogan blames for being behind the failed coup.

Relations between Germany and Turkey worsened still after the publication, September 2016, of the front cover of the respected German magazine Der Spiegel, which showed Erdogan wearing sunglasses reflecting two minarets as rockets taking off from a mosque and describing him in an article as a "Dictator."