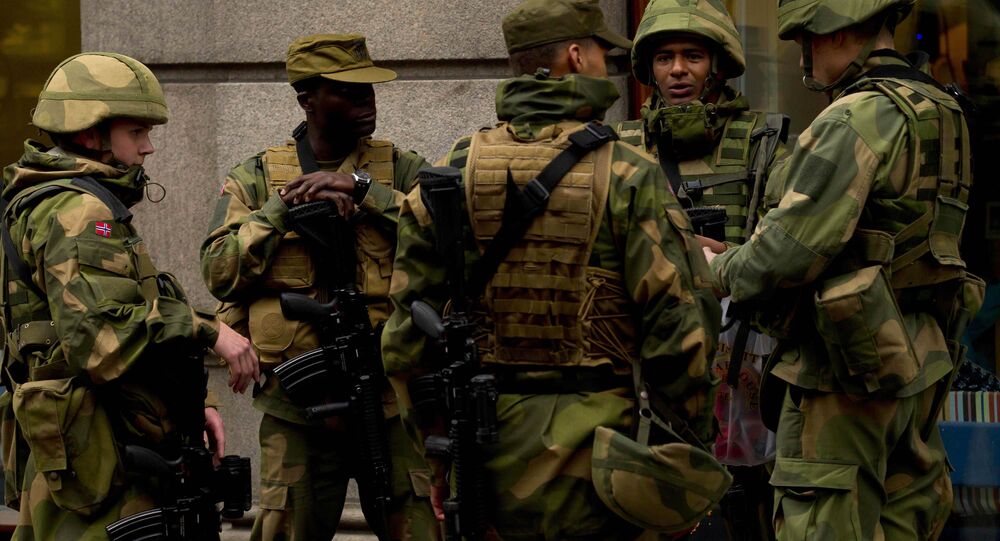 US President Donald Trump's first tour to Europe may hardly be considered a success, as last week's NATO summit gave the US' European allies food for thought. Many loyal NATO members have since voiced fears for their security and are poised to take matters into their own hands, rather than blindly rely on US support.

© CC0
Trouble in Paradise: Norway to 'Follow EU' in Its 'Divorce' With US
Among others, German Federal Chancellor Angela Merkel and Norwegian Prime Minister Erna Solberg made headlines by voicing "rebellious" opinions like "old alliances can no longer be taken for granted" and "we cannot take others' support for granted." The growing rift between the US and Europe was exacerbated by Trump's denunciation of the Paris agreement during the subsequent G7 meeting in Sicily, which for many Europeans once again stressed how great the distance between the EU and the US actually is.

Bjørn Olav Knutsen, chief researcher at the Norwegian Defense Research Institute (FFI), called President Trump's visit to Europe "basically a symptom of how the US has changed in recent years." According to him, to believe that most things will be "like before," just with Trump at the Oval Office, is a "completely wrong approach." Therefore, Europe must take a far greater responsibility for its own security via various cooperation arrangements. For Norway, cooperation with Germany, involving submarine procurement and combat equipment, would become of paramount importance.

Furthermore, Trump's statements and attitudes may indeed affect his European allies' defense allocations, but not necessarily regarding the target of 2 percent of a nation's GDP. According to Knutsen, the EU nations should prioritize differently, but preferably by way of pan-European defense integration that should lead to the establishment of a united EU force under common command, Knutsen noted.

"This will contribute to a far greater military effect than just an increase in defense spending alone, which would undoubtedly cost taxpayers a lot of money. It is imperative that all European countries focus on this now that the US leadership seems to be failing," Bjørn Olav Knutsen wrote in his opinion piece in the Norwegian daily Aftenposten.

© CC BY 2.0 / Minnesota National Guard / 170211-Z-CQ961-124
Harsh Cold, Not Russia US Marines' Enemy in Norway
According to Knutsen, this would imply a greater emphasis on the joint procurement of combat equipment, establishing joint military units, joint training and sharing of infrastructure, such as training facilities.

"Of course, this raises major challenges for the EU, which must have a framework for such defense integration," Knutsen noted, stressing that integration would "harmonize the EU's military needs," while "providing a sufficient degree of specialization."

One of the areas of cooperation is consolidated defense research, which Knutsen called "fundamental for long-term development of Europe's military capacity." The EU recently laid the framework for the European Defense Fund (EDF) to support joint research activities and the development of new military technologies.

According to Knutsen, this will enable the member states to reduce costs of knowledge-intensive research, such as drone technology.