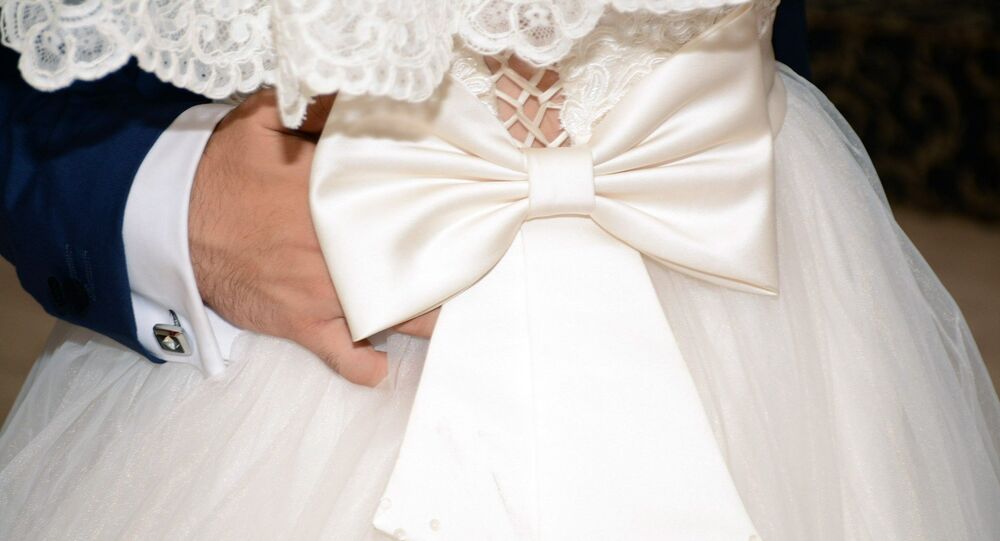 Of late, Europe has been beset with problems previously unbeknown or marginal. Like its Nordic peers, Finland is sounding the alarm over immigrant children's rights being trampled upon in their new home country. The worst-case scenario involves forced marriage and genital mutilation, and the scope of the problem remains unknown.

© AP Photo / Vadim Ghirda
Swedish Police Brace for Forced Marriage 'High Season' Amid Zero Convictions
Authorities should shape up when it comes to protecting immigrant children at risk of forced marriage or being abducted to their country of origin, Finnish human rights activists maintained. Worst of all is that it is yet unclear exactly how many children of immigrant background go missing in Finland or fall victim to human rights crimes.

"We are unfamiliar with exact figures because the authorities fail to register these cases systematically," Johanna Latvala of the Finnish League of Human Rights (FLHR) told Finnish national broadcaster Yle, venturing that at least dozens of such cases occur each year.

According to Latvala, the main problem is that the information is not shared between the competent bodies as it should. Latvala also emphasized the importance of timely intervention, which is not always the case.

"One should investigate these matters to determine which authority is responsible for handling the case," Latvala said, stressing that immigrant children must enjoy the same level of protection as Finnish children.

© Sputnik / Vladimir Rodionov
Private Life: Norway Targets Forced Marriages Amid 'Peak Season'
According to Latvala, many immigrant children are sent to their countries of origin to learn the language, familiarize themselves with their native culture or get to know their relatives. However, many of them, especially girls, are sent into forced marriages or are victims of genital mutilation, both of them are illegal in Finland, so being abroad is a less risky way of carrying them out. Nevertheless, immigrant boys also fall victim to abduction.

"Usually boys are sent away because they have done something that the parents do not approve of or because they got involved in the wrong crowd. In this case, parents might think it's best to take the boy abroad for a year or so," Latvala explained.

According to a previous estimate by the Monika-Naiset organization, which helps immigrant women who have faced violence, dozens of forced marriages are held in Finland each year.

In recent years, however, the awareness of female genital mutilation has increased among immigrant women in Finland. To draw even more attention to this problem, the Finnish human rights NGO World Vision launched an awareness campaign. Nevertheless, about 80 percent of Somali women and one third of Kurdish women in Finland are circumcised, Yle reported earlier this year.